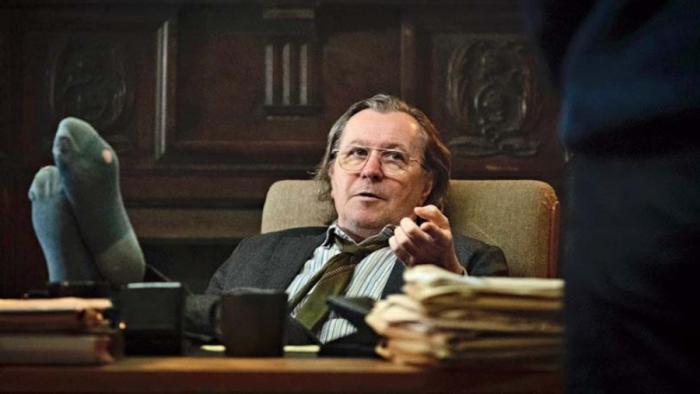 There’s a lot of quality television on Apple TV+ these days (and at just $4.99 a mo., you get a much bigger bang for your buck than on Netflix). It hasn’t been around long enough, however, to build a stable of originals with multiple seasons. Its most popular series, Ted Lasso, has been renewed for a third season, but not yet a fourth (and star Jason Sudeikis has been reluctant to agree to a fourth). The stellar For All Mankind embarks on its third season next week, but it hasn’t yet received a fourth season guarantee. Dickinson made it three before it ended its run. The Morning Show, See, and Truth Be Told have all been given third season greenlights, but I’ll believe it when I see it (Momoa, in particular, seems awfully busy to devote himself to another season of that series).

Three series, however, have now been guaranteed a fourth season. The better-than-you-think Servant — one of the first Apple TV+ series — is currently producing its fourth and final season, while Mythic Quest, which has only aired two seasons, has already been picked up for a third and fourth season.

The third series to be guaranteed a fourth season is unusual in that it’s only aired one season, so far. Still, Apple TV+ has enough faith in the Gary Oldman spy series, Slow Horses — which was renewed for a second season before the first even aired — to pick it up for a third and fourth season, as well.

It’s a smart move in this streaming environment. It’s a stellar series with plenty of Mick Herron’s spy novels to exploit as material; it’s the kind of series that can attract a big audience (Apple TV+ does not offer ratings); and compared to some of the bigger productions on the streaming networks, presumably it is substantially less expensive. Its biggest star is Oldman, it doesn’t appear to use any wildly expensive special effects, and much of it takes place in a rundown building. Obviously, not much is needed for Gary Oldman’s sock budget, either.

It’s a good move, and a nice reminder to check out the six-episode first season of Slow Horses while you’re subscribed this month for For All Mankind already, right?