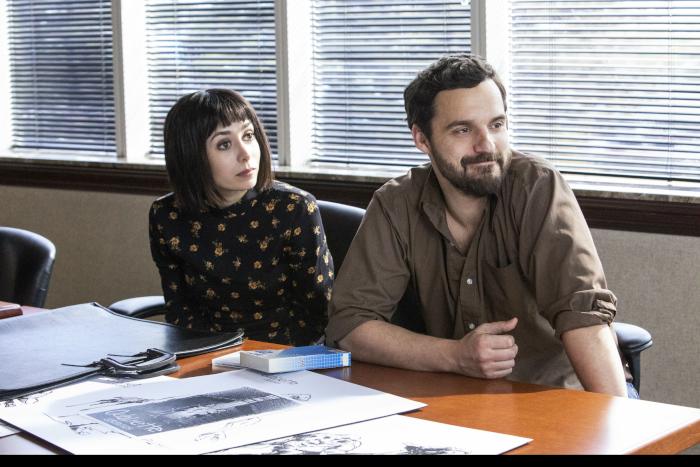 One of the Best Episodes of TV This Year Was Written by Rob's Sister, Katie McElhenney

I really like Mythic Quest: Raven’s Banquet, the awkwardly titled Apple TV+ series from Rob McElhenney, his It’s Always Sunny co-star Charlie Day, and Megan Ganz, a writer on both Sunny and prior to that, Community and Modern Family. The series premiered last week, with Apple releasing all nine episodes at once. I watched the first two eps over the weekend, and then inadvertently finished the final seven episodes in one sitting last night. They go down easy.

It’s a great, funny series that very much feels like It’s Always Sunny crossed with Community set in a workplace devoted to a video-game development. It’s sometimes absurd, and often satirical, and apparently a fairly good representation of what it looks like inside of a video-game development company. There’s the visionary (Rob McElhenney); the programmer who executes that vision (Charlotte Nicdao); the soulless finance guy (Danny Pudi); the writer, styled after a washed-up George R.R. Martin (F. Murray Abraham); video-game testers (and potential love interests) Imani Hakim and Ashly Burch; the psychotic assistant, Jessie Ennis (who was phenomenal in Better Call Saul); the day-to-day guy, David Hornsby; and weirdly for some reason Craig Mazin, the creator of Chernobyl, who basically plays a gamer caricature.

It’s a good, solid show through four episodes, and then in episode five, the series levitates. There’s a stand-alone episode separate from the rest of the series that reminds me a lot of that episode of the Fred Armisen/Maya Rudolph series, Forever, that spent some time away from the main series to follow the relationship of another couple over the course of a couple of decades. This one, likewise, follows a couple from the moment they meet in a video-game store through their marriage and partnership as video-game developers on a game called Dark Quiet Death.

It’s a terrific stand-alone episode, and the perfect bittersweet episode to watch on Valentine’s Day (it doesn’t even require that you watch any of the series’ other episodes, as it is referenced only once on the main show as more of a callback than a plot point). Jake Johnson plays an independent game producer who bumps into a gothy character played by Cristin Milioti in a store where one can rent video games. She’s disgusted with all the games available, and he suggests that she come up with her own game, and the meet-cute turns into not just a marriage but a business partnership, one that is very successful. Ultimately, it’s too successful, and their relationship eventually frays because he’s not willing to protect their game from, well, capitalism, a thematic through-line for the series proper.

It’s a 35-minute mini-movie that manages to pack in more character work and pathos than in most 120-minute movies. It’s sweet and funny and real, and both Johnson and Milioti are fantastic. It’s not until the credits roll, however, that I realized that the episode was directed by Rob McElhenney and written by Katie McElhenney. It doesn’t take much Googling to confirm that Katie is indeed Rob’s sister, and that she in fact has prior writing experience, having written a YA fantasy novel a couple of years ago. As it turns out, she was also on the writing staff of Sunny last year.

Thank you @mrjakejohnson and @cristinmilioti for bringing a bleak vision of death to life. I’d let you break my heart in any decade. #mythicquest #darkquietdeath #lightsoutbaby

I don’t know if Dark Quiet Death is the best episode of the year, so far, but it’s up there. For those familiar with the extraordinary life and family of Rob McElhenney, it’s good to see that there’s a lot of creative talent in the family, and that Rob is sharing it with the world.

Work isn’t so bad when it’s a dream job accomplished alongside your favorite people. So proud to be part of this adventure!

Mythic Quest, by the way, has been picked up for a second season. Here’s hoping the Dark Quiet Death couple gets a sequel.

← Best Romance Movies Now Streaming On Hulu, Netflix, And Amazon | Meghan McCain Finally Got Dragged for Her Hypocrisy on Racism (She Took It Well) →