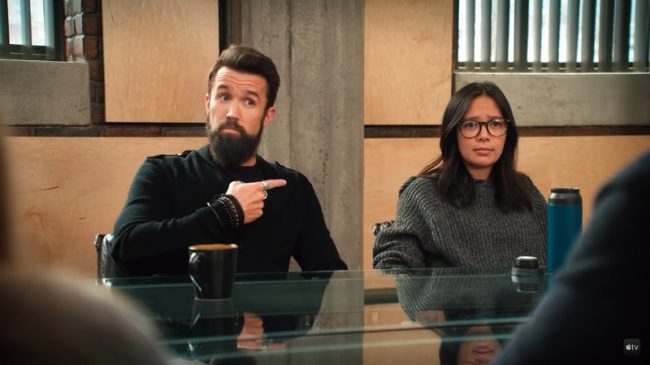 It’s time for you to get an Apple TV+ subscription, jabroni. Sorry, but the crew from It’s Always Sunny In Philadelphia has just made this streaming service an essential with their spunky and outrageous sister-series Mythic Quest: Raven’s Banquet, a live-action sitcom about the glory, goofiness, and myriad of indignities found within the world of video game development.

Co-created by Rob McElhenney, Charlie Day and Megan Ganz, Mythic Quest: Raven’s Banquet is named for the fantasy MMORPG (Massively multi-player online role-playing game - think World of Warcraft), which its colorful cast of characters creates, tests, sells, and fine-tunes over the course of season one. McElhenney (Mac of It’s Always Sunny) headlines the series as Ian Grimm, the game’s impulsive creative director who imagines himself as a rock star in the field. David Hornsby (formerly Rickety Cricket) is the doormat of a producer who is constantly flustered by Ian’s insistence for last-minute “noodling.” Comedy nerds will cheer to see Community’s Danny Pudi as a marketing exec unencumbered by morals, while gamers might rejoice that voice actress Ashly Burch brings her spark to one of a pair of game-testers. Everybody Hates Chris’s Imani Hakim plays the other, bringing an enviable chill and a will-they/won’t-they romance thread. Academy Award-winner F. Murray Abraham throws himself into the wildness of this world as a down-and-out fantasy novelist who’s writing cut scenes. An intense Jessie Ennis plays a sycophantic assistant whose passion for Ian’s vision leads her to some well-intentioned but horrific cyber-bullying. But for all these wacky characters, the center of the series is Australian actress Charlotte Nicdao, who plays Poppy Li, head programmer, and Ian’s sparring partner.

In the first ep, their war begins over a shovel. It’s something Poppy has designed for an unflashy but literally game-changing function. Ian thinks it’s not cool enough. Maybe if it had a backstory about a bare-chested wood nymph or could swiftly slice off the heads of enemies? And off they go. Poppy will try to get the press on her side by appealing to a pro streamer called Pootie Shoe (uh huh), who is a literal child (Elisha Henig) who pitches temper tantrums on his Livestream and awards games he likes with “four buttholes.” Meanwhile, Ian and his Yes Men trek to the motion-capture studio to noodle on how to make a shovel the must-buy in-game accessory with the help of some watermelons. Don’t worry, non-gamers. The series offers enough context that even noobs can keep up with lingo like RPG, NPC, and TTP (time to penis - the span of time before a player uses any given tool to make a penis).

Like It’s Always In Sunny, Mythic Quest has a frenzied energy that makes it easy and exciting to follow its quirky characters on their misadventures, questing for validation, vanity, and petty vengeance. Also like its predecessor, this workplace sitcom gleefully dives into hot button topics without taking anything too seriously. Over season one, Poppy, Ian, and their gang will confront gender-imbalance in STEM, toxic masculinity, Nazis online, and privacy breaches. There are jaw-dropping jokes about gamer culture, “soy boy beta cucks,” and the Equifax hack. But the core issue of Mythic Quest is the battle between creativity and commerce. It’s a battle waged over and over in different forms, be it the shovel, a branding opportunity for an anachronistic in-game casino, a mysterious masked man NPC, and an unexpected and poignant bottle episode, which we’ll talk more about in a future piece. Through these arguments, audiences are pushed to recognize how all art they consume is a compromise between these two forces. Each part is crucial to creating a successful production, whatever the medium, be it a video game, a TV show, or a movie based on a video game, or a TV show based on a movie that was based on a video game. Yet what success means is also a matter of debate.

Mythic Quest: Raven’s Banquet is more than barbed jokes and big ideas. The show is grounded in captivating characters who—like their It’s Always Sunny brethren—are absolute messes as human beings, yet weirdly charismatic and uncomfortably relatable. There’s a smarmy charm to Abraham’s drunken storyteller, who grandstands about the importance of narrative even when he’s selling elven T&A. Schadenfreude thrills spark from watching a weak-willed exec be mercilessly mocked by an arrogant underling. Most of all, there’s an undeniable joy in watching Ian and Poppy go toe-to-toe. She is righteously full of rage as she calls him out for his fickleness and ego. He is infuriatingly calm in the face of her wrath, lobbing insulting metaphors at her with the chill of self-important douchebags the world over! Yet there’s an exhilarating intimacy in every argument. Don’t mistake me. Mythic Quest doesn’t float a tired attempt at making its warring office frenemies possible romantic partners. Their relationship is born from a shared love of the game. It is their child, and they will go to war to do what they think is best for it. No matter how silly or melodramatic that war gets, the electric dynamic of McElhenney and Nicdao makes it feel like one worth fighting!

All in all, Mythic Quest: Raven’s Banquet is a stupendous new series alive with fearless wit, proud absurdity, sharp satire, and stark insight into art and ambition. I’ll warn you the first season stumbles in its final two episodes. These trek into more sentimental territory and the tonal shift is clumsy. Still, over nine episodes the show offered a thrilling journey rich with laughs, so much so that I binged it all in one go. And as the whole first season hits Apple TV+ at once, I doubt I’ll be alone. 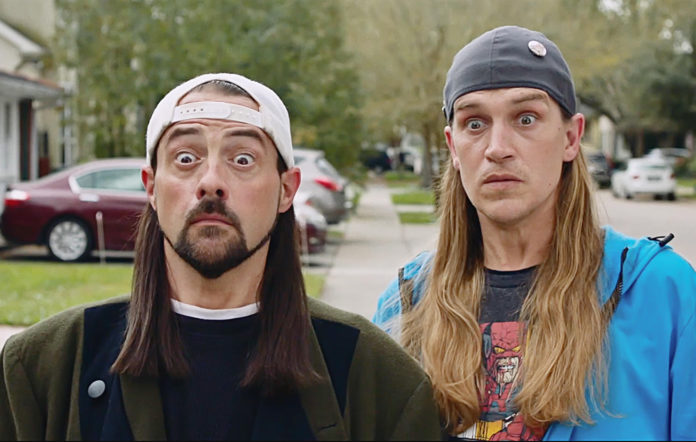