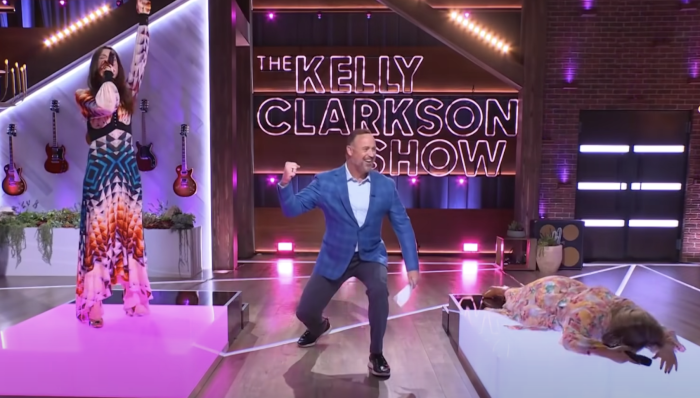 Listen: Apple TV+’s WeCrashed is a bad show, but it’s no fault of Anne Hathaway, who crushes it in the role of Rebecca Neumann, the wife of WeWork founder Adam Neumann. She should get bonus points for delivering that performance opposite method-actor Jared Leto, if only because she probably had to turn it in while working with a guy who remained in character the entire time as Adam Neumann, one of the few people on the planet more annoying than Jared Leto. She should also get extra, extra bonus points for apparently making Leto break character by doing an impression of Lady Gaga in House of Gucci.

Speaking of impressions: This is good fun. Yesterday on The Kelly Clarkson Show, Hathaway battled Kelly Clarkson in a game in which the two apparently compete over who can identify — and sing — a song first. After Hathaway went up 3-0 in the game, Kelly Clarkson got a gimme — a song of her own — and she still lost to Hathaway, who, as she often is, is charmingly cringe in her rendition of “Since U Been Gone.”

WeCrashed airs on Apple TV+ on Fridays. Don’t watch it.


← Jessie Buckley Is Terrorized By a Whole Lot of Rory Kinnears in the Unsettling Trailer for 'Men' | 'Is It Cake?' 'Bad Vegan,' 'Minx,' And More On Podjiba! →