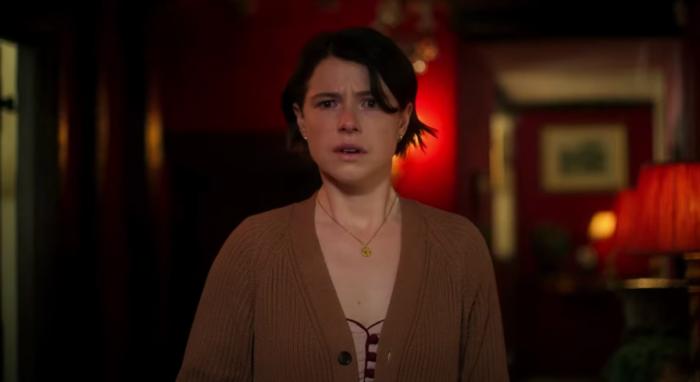 Writer-director Alex Garland is returning to the big screen for the first time since 2018’s Annihilation with the simply titled Men. A24 is on board to distribute this new horror drama that stars current Oscar nominee Jessie Buckley and English actor Rory Kinnear. And Kinnear. Like, there are a lot of Rory Kinnears in this trailer.

Buckley stars as Harper, a woman on a solo trip to a seemingly idyllic English village following the tragic death of her partner. There, she feels an unsettling force as she realizes she’s the only woman there, and all of the men look strangely familiar.

A24 are keeping further details on this one pretty close to their chest. Some on Twitter think this new trailer gives away too much but I think it only adds to the intrigue. Nobody was predicting that Rory Kinnear, an oft-underrated actor you may recognise from the newer Bond movies and Penny Dreadful, would be playing so many parts, including that of a deeply creepy-looking small child. It’s certainly a great part(s) for him but hoo boy it’s also very unnerving to see his face everywhere like that. Count me in for the inevitable anxiety freakout this movie will elicit from me. I’m expecting Ari Aster levels of terror her, Garland!

Men arrives in theaters on May 20.