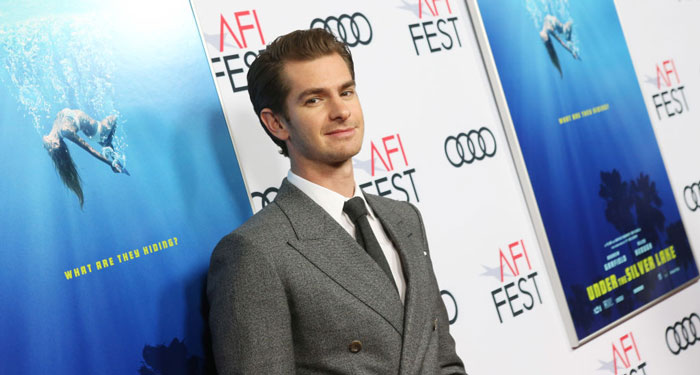 RuPaul’s Drag Race has brought queens out of the club, onto the mainstage, and into the mainstream. So now, shady queens, comedy queens, and pageant queens have big fans in pioneering politicians, major musicians, and movie stars. And sometimes, those extra special fans get to be an extra special guest judge on the hit series. Which explains how Academy Award-nominated actor Andrew Garfield turned up on the premiere episode of RuPaul’s Drag Race UK!

Check out this teaser clip, which boasts Garfield alongside Alan Carr, Michelle Visage, and Ru herself (with the last to doing spot-on English accents, guv’nah!)

“Ru,” Garfield gushes, “I’m so happy. I feel like a competition winner, and the prize is a day in gay heaven.”

Oh, henny. Give these queens a chance and they will show you gay heaven!

Last year during his Angels in America press tour, Garfield’s love for Drag Race went public when he shared his adoration for the one and only Miss Vanjie.

Who can blame him!? Like so many of us, Garfield was captivated by Vanjie’s strange yet haunting exit from Season 10. And we can probably assume he was as thrilled as we were when she came back to play in Season 11. Sadly, he didn’t get to meet his favorite queen while visiting RuPaul’s Drag Race UK. But Garfield did get face time with ten fierce queens vying for the crown.

RuPaul’s Drag Race UK will be coming only on BBC iPlayer this October. But you can get to know the queens now with this tantalizing teaser: