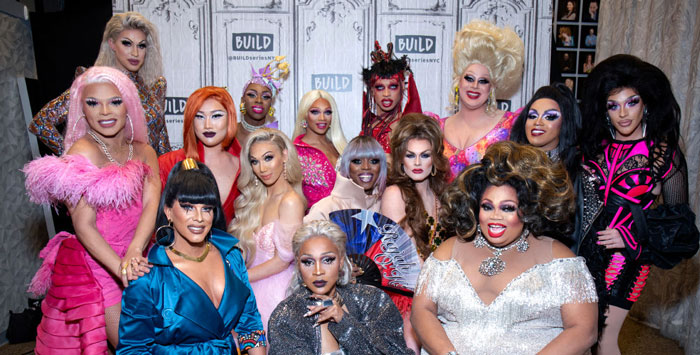 RuPaul’s Drag Race has been bringing queer culture to the mainstream for 10 years and 11 seasons. And it’s showing no signs of slowing down as VH1 has announced season 12 is a go, which hardly comes as a surprise considering how the franchise has grown—in audience and award honors—since bouncing from LOGO to this bigger network. But hold onto your wig, because that’s not all. Also coming to the stage is RuPaul’s Drag Race All-Stars 5, which promises to bring back some of the show’s most loved and loathed queens.

Here’s the official announcement, courtest of VH1 and RuPaul herself:

VH1 hasn’t yet revealed when these new seasons might air. In the meantime, let’s dream cast All-Stars 5. Previous winners for this next-level drag competition include: Chad Michaels, Alaska, Trixie Mattel, and joint-victors Monét X Change and Trinity the Tuck.

Which past queen would you like to see come back and compete? Remember, both Latrice Royale and Manila Luzon competed in All-Stars twice. Aside from those two and the five past winners, let’s assume all the queens are eligible to compete.

Will we see the dramatic return of Valentina? Will The Vixen be back with more fight? Could we see the long-awaited comeback of Ongina? The redemption of disgraced diva Willam Belli? Or perhaps one more run at the crown for Shangela?

Dish your queen wishlist and casting theories below.

← Elizabeth Warren Is Amazing | For the Love of God, People, Keep Your Feet to Yourselves →