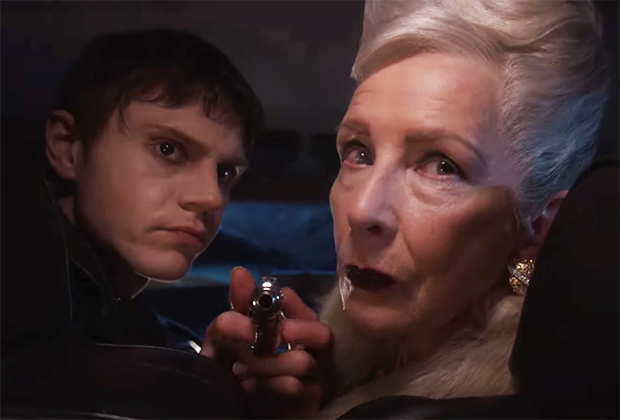 “Red Tide,” at least, feels different and less obvious than past seasons, mixing elements of The Shining with vampire lore. Finn Wittrock is Harry Gardner, the story’s Jack Torrance. He’s a mediocre television writer who takes his wife, Doris (Lily Rabe), and daughter, Alma (Ryan Kiera Armstrong), on a writer’s retreat to a house in Provincetown in the hopes that he can defeat his writer’s block and pen a television pilot. Doris, meanwhile, is an interior designer who agrees to do some work on the house in exchange for rent, while their ten-year-old daughter — an aspiring violinist — works on her lessons.

While at the local bar, Harry meets successful writers Austin Sommers (Evan Peters) and Sarah “Belle Noir” Cunningham (Frances Conroy), and they soon introduce Harry to their secret: Pills of unknown origin that unlock their creative potential and allow them to feverishly write masterful works of fiction. A reluctant Harry agrees to take the pill, and within 24 hours, he’s not only written a brilliant television pilot but the entire first season, which soon attracts Joaquin Phoenix as its star. (Clearly, Ryan Murphy has not taken this pill.)

The catch, however, is that the pills turn Harry into something like a vampire. The pills provide him with all the inspiration he needs but saps him of blood-rich nutrients that can only be replaced by the blood of humans. As it turns out, there are a number of brilliant creative professionals in P-Town who all owe their creative spark to these pills. However, those who do not have innate creative talents who take the pill all turn into phantom duds, which are something akin to vampire zombies who lurch around the streets and are mistaken for meth addicts. Another complication arises when Alma — frustrated with her progress on the violin — also takes a pill and becomes vampire-like, which allows AHS to go in the direction of either Interview with the Vampire or Let the Right One In. It remains to be seen.

The comic relief is provided by Mickey (MacCauley Culkin) and Tuberculosis Karen (Sarah Paulson), two actual drug addicts who know the secrets of the pill but are reluctant to take them. Mickey is afraid of turning into a dud, while Karen doesn’t want to become a “bloodsucking mother f**ker,” to whom she is already indebted because she often fetches babies for the likes of Austin and Belle Noir in exchange for drug money. Sarah Paulson’s character is easily the biggest draw, so far. She’s a hoot. 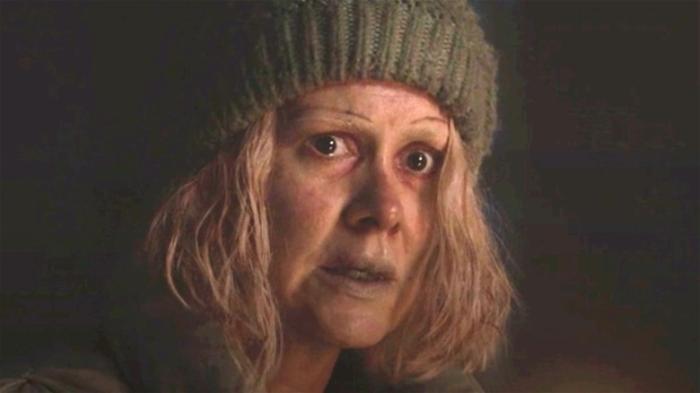 It’s unclear where “Red Tide” is going, and in the first two episodes, as is typical of an AHS installment, it’s already chewed through a lot of plot. It’s only a matter of time before Harry and Alma turn on Doris for food (unless Doris also takes the pill). The question is whether Murphy holds that for the finale, or whether the finale ends in some sort of zombie apocalypse where Tuberculosis Karen is dodging kitchen sinks as Dracula while Dylan McDermott crysturbates down on them all from the heavens. Either way, I’m sure it will be a sh*tshow!

← Review: Can 'No Man Of God' Make The Case For More Ted Bundy Movies? | Was This the Best Music Year of All Time? →