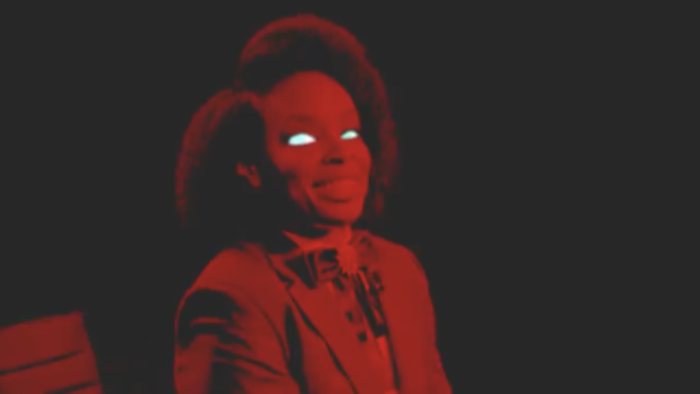 Amber Ruffin Will Eat Your Pets!

The truth has finally been unveiled! All thanks to recent Harvard graduate and white man whose mom says he’s handsome, Brian O’Brian! Amber Ruffin is going to eat your pets and she was exposed on her own show!

… You still with me? OK. Good. Obviously, this is in jest. On a recent episode of The Amber Ruffin Show, a sketch involved a man showing up in her studio to complain about the opportunity he claims she stole. “I don’t think every white Brian from Harvard would get a talk show, but I think at least three of us would. Guess not. Guess that’s PC culture for ya,” lamented the man in khakis and a blazer.

While Ruffin attempts to call security on the entitled intruder, he plays a cut together smear tape that claims Amber is plotting to eat people’s pets. It looks just like something you’d find on your conspiracy theorist Uncle’s Facebook page, and it is hilarious. Clearly stitched together dialogue, quick cuts and a shot of Ruffin made to look absolutely devilish.

It’s easy to see where the inspiration for this sketch came from. Dive into the YouTube comments (please don’t do that) and you will see that there are … detractors. People who feel that Ruffin is not experienced enough to have her own late-night show. First of all, that’s ludicrous. As I have said here before, Ruffin’s record more than speaks for itself.

There’s also the little matter of Brian O’Brian’s pedigree and … name. There is a certain tall, redheaded host and Harvard grad who rose from obscurity to become one of the biggest voices in late night. While I don’t believe this is a shot at Conan, it is a fun comparison to make.

This was a great sketch and not only shows off the solid writing on Ruffin’s show but showcases her talents as a comedic actor as well. She sells the hell out of it!