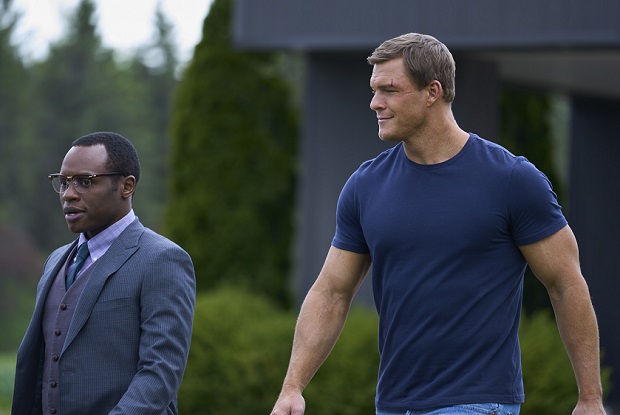 Tom Cruise made a couple of modestly successful movies based on Lee Child’s Jack Reacher novels, big-budget affairs with a big-time writer/director, Christopher McQuarrie, and well-known co-stars like Rosamund Pike and Cobie Smulders. They were fun, even if Cruise didn’t quite fit the Jack Reacher mold.

Alan Ritchson (Titans, Aquaman in Smallville), however, fits that mold perfectly, particularly if you’re looking for a budget John Cena. The Amazon series looks like everything was done with a budget. Hell, its most recognizable actor is Kristen Kreuk, also of Smallville fame. That’s not necessarily a bad thing, because the TV show looks like some Grade-A pulp with B-level actors, where the rights to the Rolling Stones’ song in the trailer probably cost more than an entire episode. It feels more like an adaptation of a mass-market paperback you pick up in an airport, and that’s not an insult. Sometimes all we want is pure, dumb, punch-you-in-the-face fun. This series seems to fit the bill.