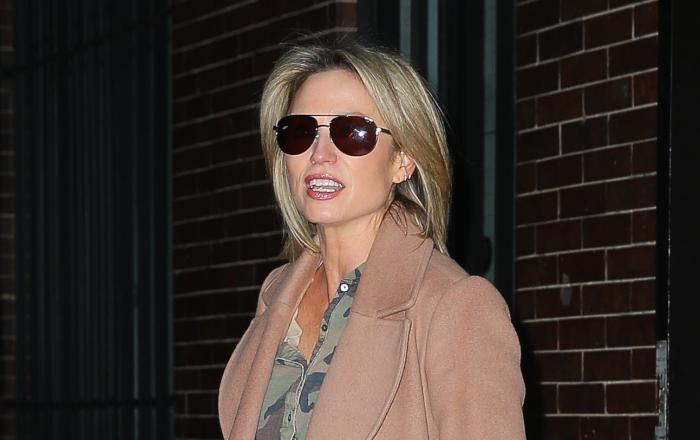 ABC Is Reportedly Looking into the Morality of T.J. Holmes and Amy Robach's Affair

T.J. Holmes and Amy Robach remain off the air over on ABC’s GMA3, amid the tabloid coverage of their affair. Initially, they were pulled over concerns that the affair was pulling focus from the news. Now ABC is reportedly conducting an internal review, according to a memo from ABC News President Kim Godwin, obtained by CNN.

“I understand that the continuing coverage can be distracting from the incredibly important work our team does here at ABC News. Amy and T.J. will remain off-air pending the completion of an internal review, and there will be a rotation of anchors at GMA3 for the time being.”

The internal review here is new because, as of last week, there were no concerns that Holmes and Robach had violated any company policies. Reportedly, however, ABC is looking into the anchors’ contractual morality clause. Those morality clauses tend to state that employees “shall not commit any act or do anything which might tend to bring the employee into public disrepute, contempt, scandal or ridicule or which might tend to reflect unfavorably on the network.”

Morality clauses are generally triggered by claims of sexual harassment or other illegal or illicit activity, although I suppose that technically, the affair between Robach and Holmes could be blamed for “scandal or ridicule” that would reflect unfavorably on the network. I can’t imagine triggering the morality clause over an affair unless there was more to it or the network was looking for an excuse to get out of a contract. Maybe reports that T.J. Homes “is a dick,” are playing a role, too. The Daily Beast suggests that expense reports are being scrutinized, as are the previous affairs that Holmes reportedly had with co-workers. It all feels vaguely like ABC is either playing morality police here or something more nefarious is at play because news networks are not typically in the business of removing popular on-air personalities over affairs.