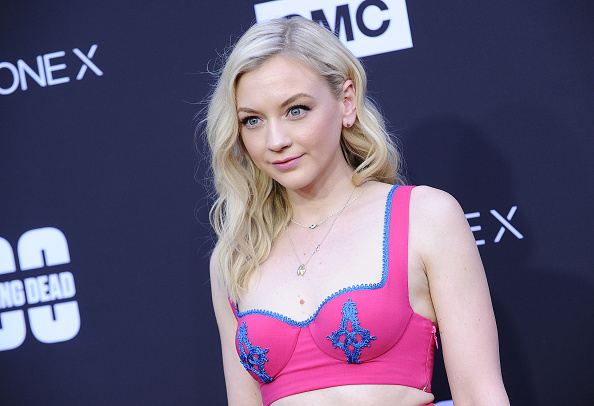 Professor Wilson is the only person I know who likes bad ’90s white boy rock as much as I do, and yesterday, he alerted us all to the fact that the Eve 6 frontman Max Collins is killing it on Twitter this week. For whatever reason, Collins has decided to spill tea all over the place about other ’90s bands (but mostly Third Eye Blind). To wit:

i ever tell you guys about the time the guy from third eye blind told me he fucked my girlfriend?

But then he tweeted out this:

Now, my The Walking Dead-loving heart actually did not know this, although I knew immediately to whom he was referring, and after three minutes of research, I quickly confirmed it. It’s definitely Emily Kinney, who played Beth on The Walking Dead. She used to date the guitarist for Eve 6, Jon Siebels, who played on her 2015 album, This Is War. Her 2018 album, meanwhile, is literally called, “Oh Jonathan.” The album contains a song called “Jonathan,” and the lyrics are obviously about him. In fact, pick any track on the album, and they all sound like they’re about Jon Siebels, and I don’t want to say that the lyrics are obsessive, but they’re a little bit obsessive. “Someday, Jonathan/ Jonathan/ Ah, ah, ah, ah, ah, ah, ah / Oh / Someday, one day / When he’ll be mine forever.”

There’s also a song called “Boy Band Hero,” which she admitted in an interview two years ago was about a band she used to watch on MTV in high school. “I used to watch this band a lot, and then later on in life, I met this person and started off-and-on dating him.”

The upside here is that the album basically tracks her break-up, from obsession to letting him go and sort of looking back on it like it was a dream (that’s “Boy Band Hero”). The turning point comes in the song “Loser,” which is really harsh, yo.

Yikes. Maybe it’s Jon Siebels — and not Emily Kinney — who is the collateral damage in Max Collins’ tea-spilling spree. (You can listen to Kinney’s album on Spotify.)


← Sean Astin Approves 'Lord Of The Rings' Slash Fiction, Says Sam And Frodo Should Have Kissed | We Deserve A Spin-off Show About Jimmy Kimmel Working At The North Pole →