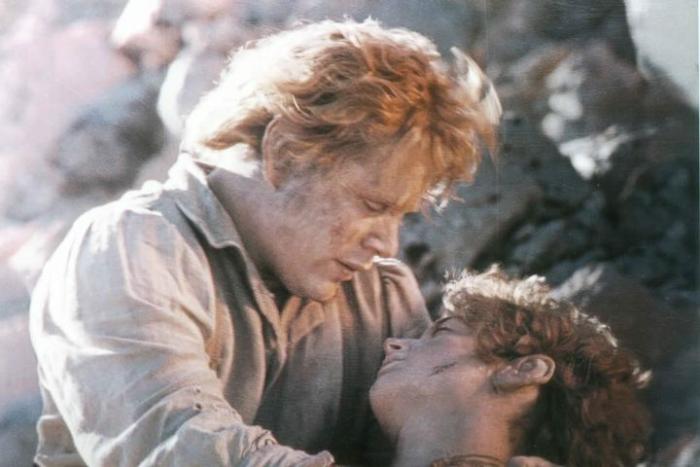 Sean Astin Approves 'Lord Of The Rings' Slash Fiction, Says Sam And Frodo Should Have Kissed

Is there a love more pure than that between Samwise Gamgee and Frodo Baggins? They went to Mordor and back together, inspiring not only the imaginations of generations but also slash fictions that imagined these adorable Hobbits crossing from friends to lovers. Sure, they never kissed onscreen, but now Sean Astin, who played Sam in the Lord of the Rings movies, is saying they should have!

This enticing bombshell dropped on Cameo, where fans can get a video message from a celeb they love. During one such call, Astin shared his thoughts on the shipping of Sam and Frodo. That vid has since hit Tumblr, TikTok, and Twitter where LGBTQA+ fans and allies are elated.

Sean Astin talking about how Sam and Frodo should have/might have kissed. AN UNPROBLEMATIC KING.

“So I think Sam and Frodo should have kissed,” Astin says. He then notes Rachel says he should say that sort of kidding. We have no idea who Rachel is, perhaps she’s the person who paid for Cameo as a gift to the receiver. The point is, Astin then declares, “First of all, how do know they didn’t? You know what I mean? It’s a long trek to Mordor.”

Astin went on, “We loved the gay fan fiction when it came out. When it came out! Like coming out of the closet! Omigosh. Anyhow, our instinct when the movie came out was to just love how the fans embraced the movie and the characters. And so, whatever people want to conceptualize with them is fine with us.”

There you have it. Sam and Frodo being a couple may not be
J. R. R. Tolkien canon, but it IS Sean Astin approved.