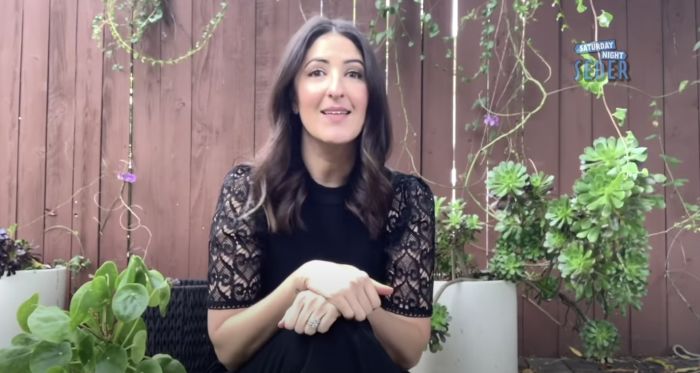 Next Year in Jerusalem: A Funny, Hopeful, Emotional Saturday Night Celebrity Seder Puts a Lot of Good in the World

The whole thing is fantastic — funny, entertaining, political, and emotional — but it’s long, clocking in at over an hour. However, if you are short on time (every day is the same! what else do you have to do?) and you just want to watch the absolute best part? Jump to Harvey Fierstein at the 58-minute mark.

At the end of Passover dinners, after everyone’s had their share of wine and sang a bunch of songs together in Hebrew, and when everyone is feeling tipsy on emotions (and also just tipsy), you say “Next year in Jerusalem,” which is really just shorthand for hopes and wishes for the next year, and this year, those hopes are supercharged, because “Next year in Jerusalem,” all we really want is to be alive and to be together.

Fierstein nails it — “next year, the word stranger will be meaningless, because next year we will all be together in our home” — and if the song that comes afterward, as well as the parade of celebrities adding their “Next Year in Jerusalem” hopes, doesn’t rip a hole in your soul, I don’t know what to tell you.

The Saturday Night Passover raised nearly half a million dollars, so far, for the CDC response fund. Oh, and spoiler alert: Sarah Silverman found the afikomen. It was in her ass.