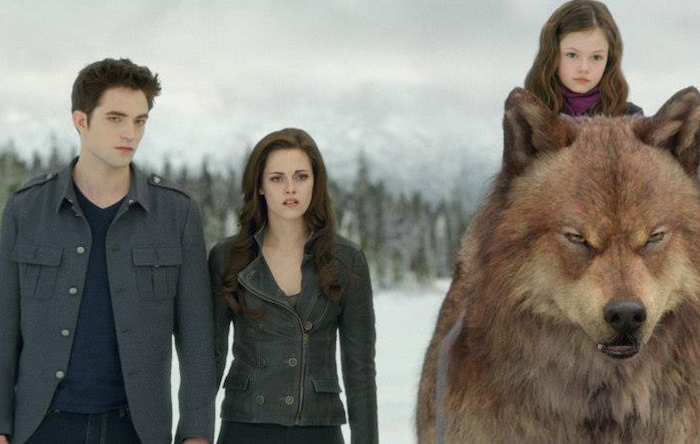 How Are Vampires, Ghosts, Werewolves, Mole People and Time Travelers Handling the Shut Down?

A lot is going on right now, like a lot. Where I live has extended the safe at home order until May 15th, which means that Los Angeles will be on lock down for at least two months when all is said and done. It’s a small price to pay for the well-being of my city, but let’s be honest—it’s hard. There’s only so many times one can watch Twilight without going a little bananas. I mean, I haven’t reached that limit yet, and I suspect for me at least, well…

That’s not to say I haven’t had ample time to think about the more mundane aspects of this shut down while trying my best to ignore the more serious (which Dustin covers very well on this site, if you’re so inclined.) Today I happened upon a very important topic (well, not in the larger context at all, but to me, personally) that frankly hasn’t been discussed yet. How are the less-than-human, and out-of-time among us coping with the shutdown?

Naturally, I wouldn’t leave you hanging without an expert analysis by yours truly because let’s be honest—one must always be abreast of what they’re up to. It’s the only way to possibly prepare.

Look, I’m not going to sugar coat this, vampires are probably having a rough time. People are staying home, which wouldn’t be such an issue but they’re also social distancing, so they’re not inclined to invite gorgeous strangers into their home, which as we all know, is the only way for vampires to come inside. So all the vampires have to eat right now are the non-social distancing a-holes, which should be enough but I suspect they don’t taste very good. Poor vampires. They are, however, probably able to play a lot of baseball because everyone else is staying home, so that’s good!

Before we get into it, I feel compelled to remind you my stance on werewolves. Mainly that they suck and are boring, and yes, I’m including the ones who play basketball in that statement, too. That said, werewolves are probably having the time of their lives right now, at least the ones who feel bad about eating people when they change. Everyone is inside, so the risk of murdering an innocent during the full moon is at an all time historic low. In addition, the werewolf hunters are staying home so the werewolves have their full run of the place. Bully for them.

Also, loving it? Ghosts! Well, the ghosts that live in homes and not places of work that is. Sorry ghosts that haunt the attics of schools, or church pews, now just isn’t your time. House ghost, though? Well, house ghosts are dead and LOVING IT. Everyone is home all the time, which means that there is ample time for appearing facing a corner in the middle of the night, whispering in an ear, opening every drawer and cabinet in the joint, or appearing out of nowhere and silently pointing down to the basement. What a time to be (not) alive! Enjoy it ghosts—this is your time.

Look, I would be very surprised if any of you encounter a time traveler right now. If you do, that means that time streams have crossed and that they have come back to a time that wasn’t in their original timeline because let’s be honest—who would come to lock down? No one, that’s who! Unless they’re looking for a time bandit, and they’re a time cop. Which if that’s the case you need to steer clear of them because time cops are no joke and they will most definitely do some sweet kick boxing moves on you if you get in their way.

If you think the mole people are taking a rest from plotting their ability to overthrow our above ground world, I have a bridge in Brooklyn to sell you. Now is no time to be any less vigilant against the threat they pose. I wish I had better news to share on this front, but the mole people never rest and neither should you. They. Are. Coming.

I’m doing OK today. How about you?

← 'SNL at Home,' Tom Hanks, and the Cast Making Comedy from Home Is the Relief We Need | A Funny, Hopeful, Emotional Saturday Night Celebrity Seder Puts a Lot of Good in the World →