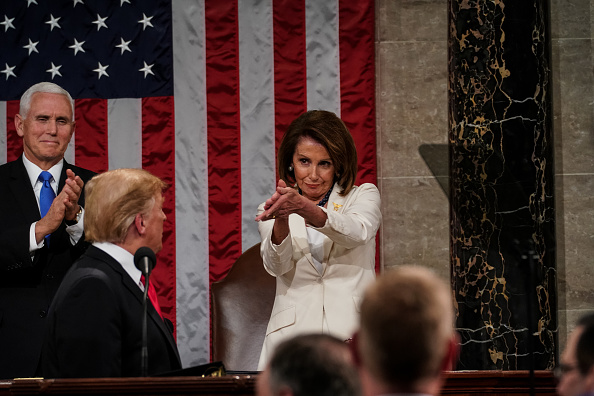 This morning, Donald Trump floated the idea of delaying the election, as he sought to delegitimize mail-in voting. For some reason, Trump believed that it was OK to open the economy in April, and that it’s OK to open schools in September, but he doesn’t believe we should vote in November. Weird. Clearly, all of this is an effort to distract voters from the biggest drop in GDP in the history of the United States by a lot, and the fact that Trump is getting creamed in the polls.

Joe Biden, April 23: "Mark my words: I think he is going to try to kick back the election somehow; come up with some rationale why it can't be held."

President Trump, April 27: "I never even thought of changing the date of the election. Why would I do that?"

However, the date of the election for both Congress and the President is fixed by the Constitution, and it cannot be changed without approval of Congress, which Trump is obviously not going to get from the Democratically controlled House (see how important those midterm elections were?!). Moreover, and this is the fun part: If, for some reason, there is no election between November and Inauguration Day in January, Trump and Pence’s term will expire anyway under the Constitution. It’s not exactly clear who would take over then, but it’s most likely third in line, the Speaker of the House, which is to say: We’d see President Nancy Pelosi, a.k.a., Donald Trump’s worst nightmare.

Correct me if i'm wrong but if an election gets delayed doesn't the Speaker of the House become interim president at the end of the incumbent's term?

YES! Delay the election, Donnie. Best idea you have ever had. Even President Pelosi likes it. pic.twitter.com/H7hD23Hb3C

The level of freakout about Trump saying he can delay the elections is insane. He can't do that and come January 20th at noon he is no longer POTUS whether he wants to be or not. President Pelosi? Yes please! pic.twitter.com/W9hPKFZSXe

Let's take a breath for a minute. I'm ok with President Pelosi.

To be sure, Pelosi would only take over as President if her election were not also delayed, because otherwise her term would expire, as well. And if Congressional elections are delayed, we’d apparently get President Chuck Grassley.

The Constitution, however, does not specify what will happen if a President loses but refuses to accept the results and vacate the office. Biden has suggested that the military would escort Trump out, which is to say: We may have to trust our Generals to protect the United States from the end of our Democracy.


← Donad Trump Calls for a Delay in the Election | Herman Cain Dies of Covid-19, After Attending Trump's Tulsa Rally →