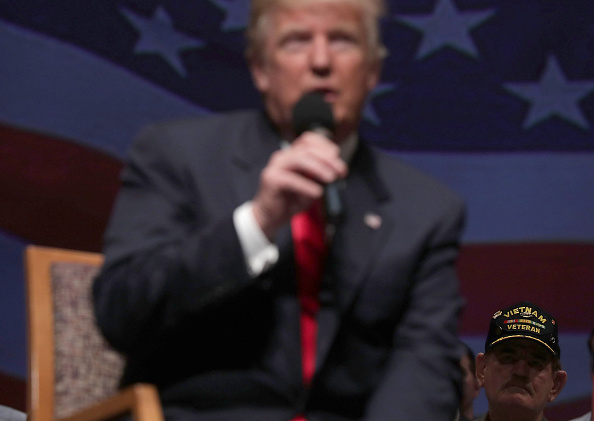 Here's the Trump Tweet We All Knew Was Coming

You can now fill in center square on your BINGO cards:


With Universal Mail-In Voting (not Absentee Voting, which is good), 2020 will be the most INACCURATE & FRAUDULENT Election in history. It will be a great embarrassment to the USA. Delay the Election until people can properly, securely and safely vote???


Why would Trump say this now? It’s either to distract us from this, or because he knows this will result in a huge defeat in November:

That's bad. Really bad. As in the worst decline in quarterly GDP in recorded U.S. history.

Look: On the one hand, Trump has no Constitutional authority to delay the election, despite what Jared Kushner might want. On the other hand, his base doesn’t give a damn about Constitutional authority, and having no authority to do something hasn’t either stopped the President from doing it, or the Republicans in Congress from protecting him. This is some serious Putin sh*t right here, and I’m terrified of how Trump’s base will react to it.

Some of you may have read about the bipartisan group that got together recently to game out what would happen if Trump refused to accept the election results. It wasn’t pretty.

“All of our scenarios ended in both street-level violence and political impasse,” said Rosa Brooks, a Georgetown law professor and former Defense Department official. “The law is essentially … it’s almost helpless against a president who’s willing to ignore it.”

This is precisely what Donald Trump is setting up. There will be an election in November. What happens between election day and inauguration day, however, may make us look fondly back on the halcyon days of the pandemic.

To be clear, I'm not worried that Trump can delay the election. I'm worried Trump can incite violence.

everyone saying trump is Trying to Distract Us from the GDP I think really overestimates how his brain works. if I had to guess it was more like: he sees the bad GDP numbers, thinks to himself "we should delay the election so I win it," and tweets it. a simple man

Political reporters should be calling every single Republican lawmaker this morning and asking if they support Trump's unconstitutional attempt to delay the election.

They fucking won't, but they should

Someone knows he’s in trouble! Flinging fraudulent fraud allegations again. But now, calling for a delay in the election!
Congress rightly won’t grant him that. And when and if he loses, you can be sure he’ll claim it was “rigged.” https://t.co/s6w4FUP4cO

“Delay the Election … ???” Trump says, floating the idea minutes after the bad news that the U.S. economy shrank at a record 32.9% pace. https://t.co/vQlQASp2Sk

Varney: "If we have mail-in-balloting … there is absolutely no way you'll get an election result on election night … that is a mess. What do you think, delay the election?" pic.twitter.com/Chpp9jHm4W

The president knows he can’t win from a free and fair election. Because the GDP is tanking, coronavirus is out of control, and Americans are pissed.

His only options? Delay, defraud, distract.

Can we all acknowledge how disturbing and dangerous it is that the President of the United States is trying to delegitimize our electoral process and now wants to delay the presidential election?

These are the sort of moves I’d expect from a dictator, not the U.S. President.