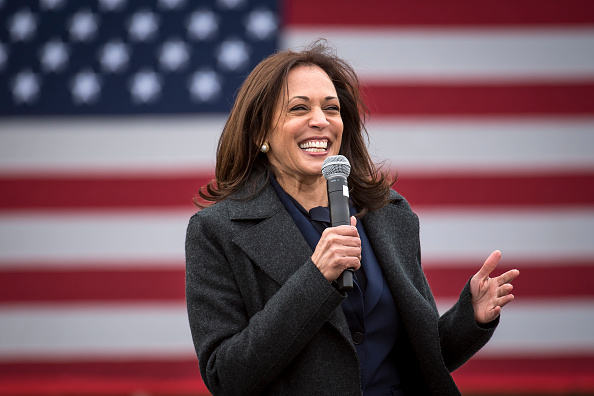 What the Hell is Going on with the Mean Ole' Kamala Harris?

Last month, USA Today published a poll showing that Vice President Kamala Harris had a 28 percent approval rating. The number was an outlier, but Harris’ numbers have sagged in her first year as Vice President, although so have Joe Biden’s. It’s something of a mystery to me as to why Harris’ numbers are poor because Kamala Harris hasn’t been put in a position to generate a lot of headlines this year, either positive or negative.

But good lord, the press loves to attack her, and when the press can’t find anything in her public actions to criticize, they’ll manufacture some drama to capitalize on the public’s apparent fascination with Harris’ lack of popularity. As both the first woman and the first woman of color elected to the White House, the scrutiny against her is outsized, and after four years in which Donald Trump gave the press a big scandal to write about on a near-daily basis, it feels sometimes as though news outlets are trying to manufacture drama and find a villain for their narratives. Who better than a Black woman?

Thanks to that scrutiny and the suggestion that Biden has sidelined her, there’s a growing feeling inside the Democratic party that Kamala Harris is no longer the presumptive favorite to succeed Biden in 2024 or 2028. Politico, the Perez Hilton of political reporting, has been trying to stir up some drama between Harris and Buttigieg by suggesting there is a rivalry and that Biden might tap Mayor Pete to be his successor, which would be a real sh*t thing to do in light of the fact that Democrats only manage to win when they do thanks to Black women, who have been carrying this party on their backs for years. Politico, nevertheless, loves to sh*t on Harris whenever it gets the opportunity. There’s also been chatter, fueled mostly by political gossip rags, that Biden is contemplating installing Kamala Harris to the Supreme Court so as to take her out of contention in 2024/28.

More recently, The Washington Post has gotten in on the game, reporting over the weekend of a staff “exodus” in the Vice President’s office, an “exodus” referring to four staffers who are leaving at the end of the year, including a senior advisor, Symone Sanders. (Sanders is leaving after a grueling three years with the Biden/Harris team to, among other things, plan her wedding). Turnover is fairly common in the White House — people quit or were fired on a daily basis under Trump — but there is an effort to make these exits represent more than they are.

In fact, The Washington Post article apparently spoke with 18 sources, but only one said anything unequivocally negative about their experience working with Harris. The former staffer suggested that “with Kamala you have to put up with a constant amount of soul-destroying criticism and also her own lack of confidence. So you’re constantly sort of propping up a bully and it’s not really clear why.”

Naturally, that anonymous source is the one most frequently cited, although other sources have mostly suggested that she is a tough boss but not an abusive one.

“People personalize these things,” another source noted. “I’ve never had an experience in my long history with Kamala, where I felt like she was unfair. Has she called bulls—-? Yes. And does that make people uncomfortable sometimes? Yes. But if she were a man with her management style, she would have a TV show called ‘The Apprentice.’”

I am not terribly keen on Whataboutism, but my God: The Vice President before Harris was nearly killed by the President’s supporters, couldn’t exist alone in the same room with a woman, and so far as I can recall had only one signature accomplishment during his four years as Vice President: He managed to avoid being fired. But hey! Kamala Harris is mean to her staff sometimes and Joe Biden uses profanities, so obviously the four years that led to the January 6th riots were better! MAGA!