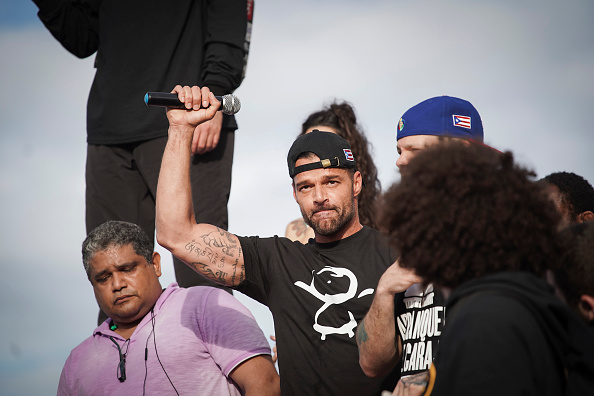 What the Hell is Going on in Puerto Rico?

I’ll admit that, beyond the fact that there were massive protests going on in Puerto Rico, I didn’t really know what was going on there until someone in the comments called us out for not covering it yesterday. So, I did some research, and luckily, the NYTimes “The Daily” podcast took up the issue just this morning, so if you’re curious, here’s a brief explainer:

Two years after Hurricane Maria blew through and over 3,000 people died in Puerto Rico, things are still dire in the U.S. territory. In fact, the situation was already bad before Hurricane Maria. The territory is broke. It has declared bankruptcy, they are in a 12-year recession, people are still living with blue tarps over their heads instead of roofs, and thousands of people have left for the mainland.

Meanwhile, Donald Trump has been incredibly hostile toward Puerto Rico his entire administration. He’s been slow-walking aid packages, and currently, there are billions of dollars in federal aid meant for Puerto Rico being held up in bureaucratic red tape. Trump is not doing anything to speed the process along, because — as he frequently argues — Puerto Rico’s government is corrupt, incompetent and would spend the money unwisely.

And the thing is, Puerto Rico’s governor Ricardo Rosselló is corrupt. And Puerto Ricans know that, so while they take issue with Donald Trump’s hostility toward the territory, they don’t necessarily disagree with his assessment of their leadership.

So, about three weeks ago, sh*t really starts to hit the fan in Puerto Rico after the Treasury Secretary admonishes Rosselló’s administration for institutional corruption and for trying to extort him. Rosselló fires the Treasury Secretary for going to the feds, the Treasury Secretary’s son lambasts the governor on social media, and then he is investigated by police. Soon thereafter, six government officials — including the former Education Secretary — are arrested for corruption. They’d diverted $15.5 million in disaster relief money to unqualified companies with which they were connected.

Then, a few days ago, things really exploded, when 889 pages of messages from a Telegram group chat between the Governor and other officials and aides leak. And these messages were bad. Here’s an overview of what’s in those messages from The Post:

All men, they made misogynistic jokes, made fun of gay people, insulted journalists, joked about shooting San Juan’s female mayor, made light of Hurricane Maria victims, and joked about the weight of a citizen with whom the governor posed in a photo.

That doesn’t even really tell the whole story. They joked about murdering the San Juan Mayor; they joked about feeding all the dead bodies piling up in morgues in Puerto Rico to the crows, and they suggested that Ricky Martin (yes, that Ricky Martin) “f**ks men because women don’t measure up. Pure patriarchy.” They call female political leaders “bitches” and “whores,” and use a lot of homophobic and sexist language, and make it clear that they give zero sh*ts about the people of Puerto Rico.

These leaked passages are basically the lit fuse for a powder keg that has been growing for years. Puerto Ricans spontaneously start protesting en masse. There are around 75,000 people protesting day and night, demanding that the governor resign. There’s violence in the streets.

The governor, however, so far refuses to resign. There’s been talk of impeachment, too. But the thing is: There’s no one to take his place. His entire administration is corrupt. It appears that the entire government is corrupt. So even if Rosselló does resign, another corrupt leader will take his place. All of this corruption and these text messages just further illustrates the concerns that Trump has about Puerto Rico. Make no mistake: Trump’s real objections are racist in nature, but the Puerto Rican government is giving him plenty of material to hide his racism behind.

Essentially, Puerto Rico is screwed. The state government is corrupt, and the federal government is of no help. The country is broke, and there is no one the people can turn to for help.


← Man on Airplane Adjusts His Seatback-TV with His Feet | The Thirst For ICEBae Is Real. So Predictably Real →