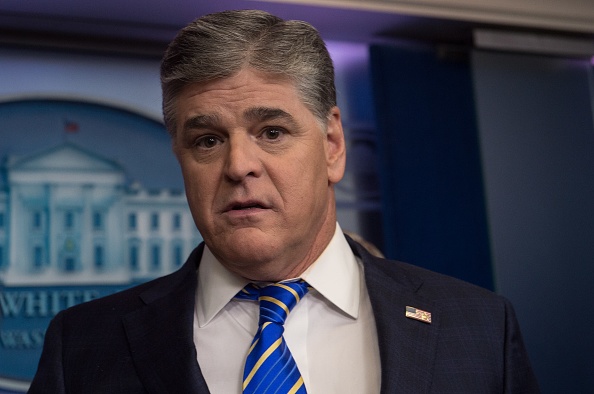 What fresh hell has the new month brought us?

— Lou Dobbs is trending because he basically gave Sidney Powell eight minutes of uninterrupted airtime last night to regurgitate lies and misinformation. Recall that Sidney Powell is the woman on Trump’s legal team who is so B-A-N-A-N-A-S that Rudy Giuliani — RUDY GIULIANI — had to distance himself from her. Her theory is basically that Georgia Governor Brian Kemp and their Secretary of State Brad Raffensperger were paid a bunch of money by Dominion to fix the election for the communists. The CIA was also involved, somehow.

Lou Dobbs, by the way, has a show on Fox Business, but he never seems to talk about business. Dobbs used to be a CNN anchor, and I am fairly certain he’s not always been this nuts, but I guess he was pushed out at CNN in 2009 because he was peddling birther nonsense. The radicalization of journalists by the Internet has been an interesting development in the Trump era.

"This is no longer about just voter fraud or electoral fraud. This is something much bigger," Lou Dobbs said tonight, urging Trump to take "drastic action" because of "the crimes that have been committed against him and against the American people." pic.twitter.com/968kR6nMp8

— Related: Trump is going after Brian Kemp real hard this morning, asking him to call off the election.

Do something @BrianKempGA. You allowed your state to be scammed. We must check signatures and count signed envelopes against ballots. Then call off election. It won’t be needed. We will all WIN! https://t.co/UiJrlyBGiK

It’s unclear how this will ultimately affect the runoff elections in January, which will determine control of the Senate and much of Joe Biden’s agenda over the next two years. Republicans are obviously worried that Trump is undermining faith in the election, and there are anecdotal reports of Republicans either deciding against voting in a “rigged election” or writing in Trump’s name. For Trump, this is more about 2024 for him and less about who controls what. However, he’s also going to be campaigning for those two Senators, and he hates to be associated with “losers,” so we’ll see how that goes. It’s a mess, but not just for Republicans right now. It’s a mess for faith in the entire electoral system in Georgia.

— Meanwhile, Hannity is trending for a couple of reasons. He bragged at the top of his show that he does not vet anything that comes onto his program, which duh.

Hannity just admitted that he doesn't "..vet the information on this program that I give out…"

By his own account, he is not a journalist and Fox is not news. pic.twitter.com/3OjbFi5019

I believe that Hannity made that confession because he is trying to, uh, distance himself and his show from Fox News itself, because Fox News is the enemy of the people, according to Trump, and Hannity is trying to maintain some professional distance from the people who pay him gobs of money. On that same program, Hannity also advised Trump to pardon himself and his family on his way out, so as to avoid a “witch hunt.”

Someone is trying to line up a primetime slot on Trump TV.

— You know who is not going to appear on Trump TV? Arizona Governor Doug Ducey. Heh.

— Speaking of Fox News, looks like someone just figured out that masks work. This would have been nice information for your millions of viewers EIGHT MONTHS AND 260,000 LIVES AGO:

"Huh. You just have to do it smartly and do it safely." pic.twitter.com/9vGzm3zW1o

— And if you want to know where else the right-wing media is this morning, you know what else is trending? Catturd. Because Catturd is a solid source of information for the President.

Trump doesn’t trust the FBI, the CIA, the NSA or the DHS, but he trusts…

— Finally, Scott Atlas — a radiologist with no background in epidemiology — has resigned as a special advisor to the President on matters of the coronavirus. In recent weeks, he’s had the President’s ear to the exclusion of the more sane voices in the room. Atlas promoted a bunch of conspiracy theories and suggested lockdowns were dangerous for the country. Atlas promoted herd immunity and actually suggested that citizens of Michigan “rise up” against restrictions in that state.