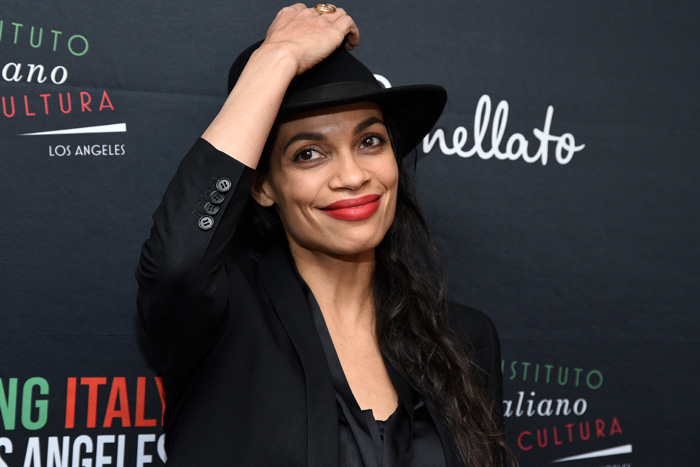 In a lengthy profile on her becoming the live-action version of Ahsoka Tano, Rosario Dawson didn’t shy away from questions about her alleged anti-trans attack that has since been withdrawn from a pending lawsuit. (Vanity Fair)

Ozzy Osbourne regrets all those times he cheated on Sharon, which surprisingly, was not that long ago. I’m talking 2016. (Celebitchy)

"my father would womanize, he would drink. He would make outrageous claims like https://t.co/o5MCJSAV7q

Meet the Oregon nurse who thought it’d be smart to make a TikTok video about how she doesn’t wear a mask in public and lets her son go on playdates. (Wonkette)

From Steven: Each day this week one of Seanan McGuire’s Wayward Children novels is free on ebook from Tor. This is one of the most beautifully written sets of books I have ever read. It’s about children who never quite belong who slip through to other worlds that are their true homes, and are trying to find their ways back there. It’s like Narnia for heartbroken weird kids, and the prose is pure poetry: “Their love wanted to fix her, and refused to see that she wasn’t broken.” (TOR)

Tiny hate-fuck Smurf Ben Shapiro has a problem with Happiest Season now, but he’s not a bigot! Totally open-minded, you guys. (Media Matters)

Now that Mae’s The Mandalorian recap is up, I think about this tweet at least 47 times a day. It’s my new favorite thing.

From Roxana: A deep dive into the history and resurgence of Diana’s black-sheep sweater from Rachel Syme. (The New Yorker)

From Petr: A deep dive into how The Witcher video games failed to address how Geralt of Rivia is a disabled protagonist. (Eurogamer)

From reader Natalie (and her husband) comes the most important new information of 2020: We finally know what a dinosaur butthole looks like. (Slate)

Tomorrow after Cyber Monday comes Giving Tuesday, which wraps up a month of fundraising for Cannonball Read. Community financial support keeps Cannonball Read’s lights on and allows them to stick it to cancer one book at a time through donations to the American Cancer Society. If you donate by midnight EST tomorrow (12/1), you’ll be entered into the raffle for prizes like an autographed copy of Rainbow Rowell’s Wayward Son, CBR merch, a bookstore gift card, and more. (Cannonball Read 12)