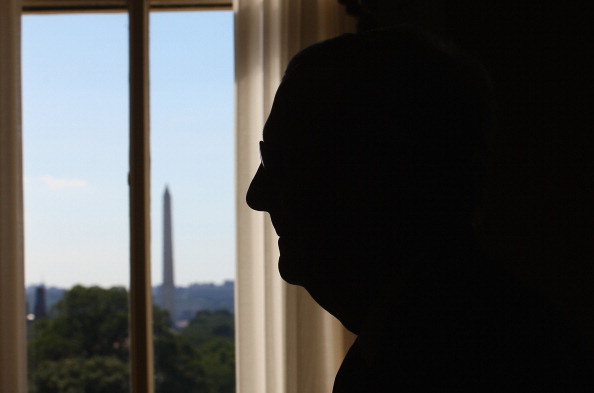 Shhhh: Don't Tell Anyone, But None of this Matters

Here’s the deal with the impeachment trial. Mitch McConnell unveiled his “rules” late yesterday, and if he is successful in pushing them all through, the impeachment trial could be over in a matter of days — ahead of Trump’s State of the Union speech on February 4th. Rules will be hashed out and voted on starting today, but Mitch McConnell’s basic plan is this: Each side gets 24 hours to present their case, but those presentations must occur within a two-day period, meaning the House Democrats will have two, 12-hour sessions, which could stretch well into the night. Basically, it’s designed not only for speed, but to be as unfriendly and exhausting as possible for the viewing audience at home. After that, there will be 16 hours of questioning.

The only wrinkle for Republicans is this: After the first phase, there will be a vote on whether witnesses can be called. The Democrats need four Republicans to vote with them. They probably have three (Collins, Murkowski, Romney), and may have a fourth in Lamar Alexander. McConnell will apply a lot of pressure to ensure his party stays in line. If he fails, people like Mick Mulvaney, Lev Parnas, and John Bolton could be called as witnesses, but it would set up another showdown over executive privilege. Meanwhile, if the Democrats do manage to force Republicans to call witnesses, they will also call as a witness Hunter Biden. In other words, it’ll be a shitshow.

But here’s a big secret the mainstream media won’t tell you. CNN and the NYTimes will never admit this, but it’s true. Lean into your screen real close. Let me whisper it in your ear. Closer. Closer. Stick your ear right into your laptops and smartphones, because I’m going to whisper it real softly: “It. Doesn’t. Matter. None of it matters. The trial could last for six days or six weeks, no witnesses or 100 witnesses could be called, but at the end of the day, the Republican majority will vote to acquit Trump, and we’ll go back to the way things were, only Trump will be more smug and more authoritarian, and there’s no chance in hell the 2020 elections will be legitimate.”

We could spend days arguing semantics, or trying to build suspense over an outcome that has been predetermined, but let’s just not, OK? The good guys aren’t going to win this one, and the bad guys are probably going to use this victory to try and maintain their power in November. We are a corrupt country. This will illustrate just how corrupt we are. Did you know that Germans — Germans, the country of Hitler — view the United States as a bigger danger than North Korea, China, Russia, and Iran combined.

They’re not wrong. We are a corrupt country ruled by a mentally unstable, impulsive, unqualified authoritarian President. This impeachment trial is a charade. It’s all for show. It’s like how Vladimir Putin “honors” term limitations in the Russian constitution by putting all the power into the Prime Minister position every 8 to 10 years and then taking on that position for one term. The impeachment trial is a dog-and-pony show for the media. That’s all it is.

It doesn’t matter … unless …

What are the odds that two dozen Republican Senators are pulling a Murder on the Orient Express scam and have a secret pact and they smile and play along but at the last minute they all vote to remove and by the time anyone figures out what happened he's gone and we're all free?