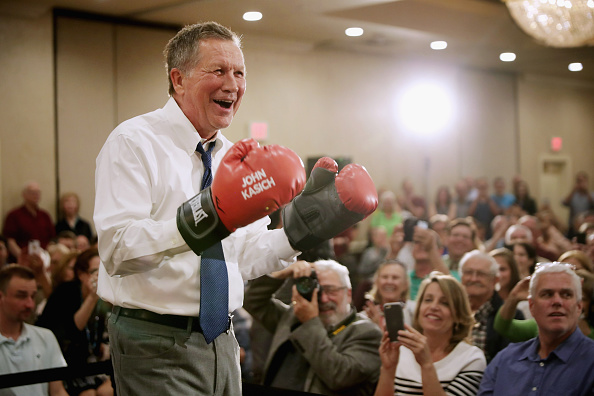 Welcome to Our Home, Republicans; Don't Move the Furniture

Republican John Kasich endorsed Joe Biden on the DNC’s first night, calling him a “man of faith, a unifier. Someone who understand the hopes and dreams of the common man and the common woman. I know Joe Biden with his experience and his wisdom and his decency can bring us together to help us find that better way.”

That’s nice. Kasich is one of many Republicans endorsing Joe Biden this fall. There’s also an entire PAC of Never-Trumpers — led by George Conway, the husband of Trump’s chief advisor — called the Lincoln Project, which is pouring millions of anti-Trump dollars into the race, and getting a lot of attention with a series of terrific ads, like this one:

We appreciate the support. Honestly! Welcome to our big tent! Help yourselves to some snacks! There’s beer in the fridge. Stay as long as you’d like!

But don’t touch the furniture.

Ahead of the convention, John Kasich suggested that AOC had an outsized influence over the party because of her “extreme politics,” and AOC appropriately shot back.

It’s great that Kasich has woken up &realized the importance of supporting a Biden-Harris ticket. I hope he gets through to GOP voters.

Yet also, something tells me a Republican who fights against women’s rights doesn’t get to say who is or isn’t representative of the Dem party. https://t.co/38h6JGpbMj

And that’s the thing, y’all. Trump wrecked the Republican house, and while most of the party doesn’t mind sleeping in filth, there’s a few who have decided to seek a better home. Democrats are not the kind of people to turn them away. We will make a nice bed in the guest room for you. But don’t you dare change the sheets. This is our home. We will choose the furniture. We will decorate it as we see fit. You are a guest, and we love having you, and if you knock, we will let you in. But we are not going to give you a key to the house. We put in a lot of effort to repaint this house Bernie blue; we’re not about to let the Kasiches of the world paint it crimson. AOC has a very nice room on a top floor, and we’re not going to ask her to move to accommodate our guests.

We are not trying to be recalcitrant or unwelcoming. The more the merrier! Mi casa, su casa! But don’t you dare touch that Planned Parenthood poster.

On the other hand, this is a spectacular ad. This guy gets to sleep in the guest room with the Queen bed!

NEW: Testimonial ad from Trump's Former DHS Chief of Staff @MilesTaylorUSA, declaring his support for Joe Biden and describing Trump's presidency as "terrifying" and "actively doing damage to our security."