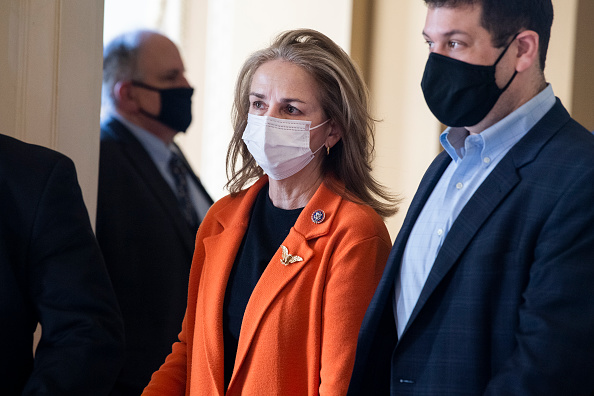 I understand why so many people settle their torts cases ahead of trial. They don’t want to relive the experience. After nearly three weeks since Joe Biden’s inauguration, I’m not keen to return to the topic of Donald Trump again. I understand the necessity of the impeachment trial. I also understand the futility of it. However, I’m not excited about reading about it, covering it, or going through the motions of what the New York Times calls a “cinematic” trial.

It’s not cinematic. It’s fixed. It’s rigged. It is a sham trial with a corrupt jury of 40-45 Republicans who will prioritize their own political ambitions over a moral imperative to do the right thing. Accountability, legacies, and history books are of no interest to them, only donors, reelection, and keeping a bigoted base from turning on them. The best the Democrats can hope for, alas, is a hollow moral victory, and the only winners here will probably be the media, which will squeeze every ounce of drama it can from the proceedings.

The media will turn it into a personal battle between Pelosi and Trump, or Schumer and Trump, and they will probably make a political star out of someone new (maybe Jamie Raskin)? I do worry, however, that in pursuit of a new story, they forget the story that brought us here: Beginning even before the election, and for over two months after it, the former President of the United States primed his followers for the insurrection on the Capitol by repeatedly insisting that the election results were fraudulent. He repeatedly attempted to overturn those results through any means necessary, including a phone call to the Georgia Secretary of State, where he threatened him with criminal prosecution if he failed to change 12,000 votes in Trump’s favor.

This quote from Jason Miller is textbook abuser language https://t.co/QsbUD8OyAc

Ultimately, I have more faith in the criminal justice system in Georgia — in Georgia — than I do in the United States Senate, for obvious reasons:

The trial will move fast — it could be over as soon as next week. Time, however, may begin to move at the same pace it did during the Trump Administration. In the end, however, while 205 insurrectionists have been arrested, and over 400 investigations are ongoing, it’s unlikely that any of the people responsible for provoking them will face any consequences. Not Trump, not Cruz, not Hawley, nor Gohmert, McCarthy, Graham, or Cawthorn.

In the upcoming trial, every vote to acquit is an admission of complicity in that insurrection, of dereliction of duty to the voters & the institution in which they serve, & of violation of their oath of office. Each such vote identifies a co-conspirator and a threat to the US.

— Thankfully, it looks like Bernie won out over Manchin and the stimulus checks will go to everyone making less than $75K for an individual and $150K for a married couple. The compromise, however, will be how quickly the amounts will phase out this time around: Those who make $100K (or $200K for married couples) will get no direct payments, so the phaseout window is very small.

Meanwhile, Biden and the House Democrats are also going full-Bernie by raising the child tax credit to $3,600 per year per child (up from $2,000) and issuing those credits as monthly checks. This would be huge. Growing up, tax time in my house was basically the best day of the year because my Dad got a refund that amounted to basically 1/3 of his annual salary because of child tax credits, so we got to eat like twice a day for a whole week before all the money was absorbed by unpaid debts, or before he blew it on luxury items like bed frames, socks, or a new window fan to put behind our gas stove to heat the house! Giving that money out on a monthly basis would be much better for those under the poverty line. Instead of yearly windfalls that often get spent quickly and/or irresponsibly, having an extra $300 a month baked into the budget would be huge.

Likewise, House Dems are going to stick that $15 minimum wage hike in the bill, and just see what Manchin does with it in the Senate (he has vowed to block it because Manchin is a putz).

— Speaking of the stimulus bill, the Biden Administration is already putting into place plans to take credit for the stimulus bill and use the GOP’s failure to support it against them in the mid-terms. From Politico:

Already, there’s talk about midterm attack ads portraying Republicans as willing to slash taxes for the wealthy but too stingy to cut checks for people struggling during the deadly pandemic. And President Joe Biden’s aides and allies are vowing not to make the same mistakes as previous administrations going into the midterms elections. They are pulling together plans to ensure Americans know about every dollar delivered and job kept because of the bill they’re crafting. And there is confidence that the Covid-19 relief package will ultimately emerge not as a liability for Democrats, but as an election year battering ram.

Biden’s folks learned a lot from the mistakes of Obama. They know what they’re doing.

— Biden will also begin today purging U.S. attorneys appointed by President Donald Trump. Trump did the same thing to Obama’s appointees. Biden, however, will keep on the U.S. Attorney investigating his son. Hunter, as well as the prosecutor reviewing the FBI’s 2016 investigation of Trump’s campaign.

← Hilaria Baldwin Apologies for Not Being Clear That She's a Super White, Not Spanish Lady | Claudia Conway Will Appear in this Season of 'American Idol' →