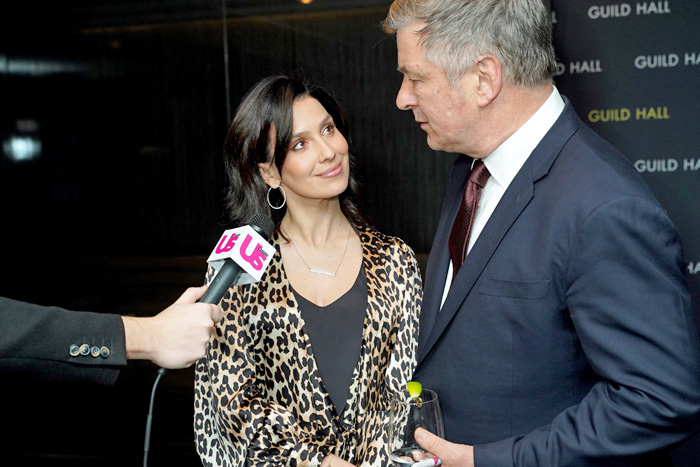 Hilaria Baldwin Apologies for Not Being Clear That She's a Super White, Not Spanish Lady

Hilaria Baldwin is already angling for a comeback and apologizes for not being “more clear” about her background. Namely the part where she’s a white lady from Boston whose actual name is Hillary. (Dlisted)

Jennifer Lopez and A-Rod showed up to the Super Bowl and tried to look totally unfazed by rumors that he’s been FaceTiming some reality star rando. (Lainey Gossip)

The Democrats plan to go after child poverty with $3,000 payment per child in new relief package, but please, tell me how both parties are the same. I’m all ears. (The Root)

Brace yourself for this sack of goddammit. Bill Maher defends Armie Hammer and blames his accusers: “If you’re gonna swim with the alpha sharks, it’s not gonna come out well in the end. Shouldn’t you know that?” (Daily Beast)

Afrofuturism is booming in comics. Roxana’s friend Eric Glover penned the upcoming comic Black Star, which was featured in this New York Times story, and you should check it out when it’s published in April. (NY Times)

Every photo of Matt Gaetz looks like Jack Nicholson as the Joker when he puts on regular foundation. pic.twitter.com/z3NZ81Kd4B

After a man was killed by shrapnel from an exploding “Celebratory Cannon,” the local police in Michigan want to make sure it’s clear that he died at a baby shower, and not at a gender reveal party because that makes things better. “Listen, listen, we just want everyone to know that the Baby Bazooka was used at a normal, everyday shower and not one of those weird gender reveals you see on Facebook. Good talk!” (Jezebel)

Chris Hemsworth’s body double would really like it if Chris Hemsworth could maybe pull back on getting jacked as hell. (Independent)

The indoor-dining debate isn’t a debate at all. (New Yorker)

From Steven: There’s a single cell organism in Antarctica that can grow up to a centimeter in size and it’s terrifying. It’ll grow arms when it needs them and builds stuff. Scientists were curious what its natural predators were so they dropped basically every animal in the ecosystem into tanks with it to see which ones ate it. It ate all of them. It tore apart fucking crustaceans that were bigger than it. (Twitter)

From Kristy: Chaz Ebert is spearheading the No Malice Film Contest, which encourages student filmmakers to explore and promote racial healing through their art. Learn more about the contest and its goals here (RogerEbert)

At the mention of Tana French on a recent CBR13 Zoom chat, a collective "yes!" was voiced. Past Cannonball Read champion TylerDFC’s review of Broken Harbor shows why. "I white-knuckled through the last 100 pages staying up late, then forgoing work the next day to finish it." Are you a Tana French fan? (Cannonball Read 13)

Narfna loved Courtney Milan’s historical romance, The Duke Who Didn’t, about a half-Chinese English duke and the childhood friend he loves. "If you are in the mood for a low stakes, low conflict book, the equivalent of a warm hug followed by maybe a tickle or an affectionate pinch on the bum, then this is the book for you." Do you prefer your romances to be high drama or funny and joyful? (Cannonball Read 13)

Look at that. I remembered the dog content and after writing about WandaVision for the past 96 hours. I AM A GOLDEN GOD!

This is Lucy Lu. She was denied the opportunity to present her case against bath time. A true injustice. 12/10 would represent her pro bone-o next time pic.twitter.com/eAt98Ge3Vx