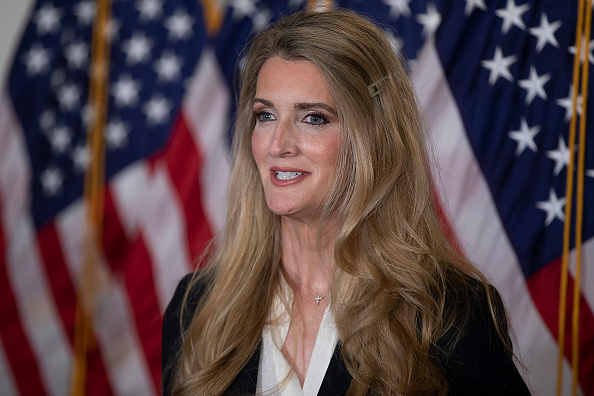 In Georgia, after Democrat Stacey Abrams registered an additional 800,000 people after losing the 2018 governor’s race by a mere 50,000 votes, Joe Biden managed to eke out a small 14,000 vote victory, which really speaks to how well Stacey Abrams managed to combat the very voter suppression that cost her the governor’s house.

The thing about the 2020 Georgia race, however, is this: The Trumpers had not really targeted it for “fraud” or “ballot harvesting” that much in the last few days. There’s a Republican Secretary of State, and there were no issues with late-coming votes, etc., because the voters had already been suppressed to maximum effect.

Nevertheless, David Perdue and Kelly Loeffler — the two Republican candidates vying for Senate seats in runoff elections this January — have thrown their own Secretary of State completely under the bus, demanding that he resign because he failed to give the victory to Donald Trump over the objections of the vote count. This more or less came out of nowhere:

This letter is wild…

Both of Georgia’s (Republican) Senators are calling on the (Republican) Secretary of State to resign because they claim he "failed to deliver honest and transparent elections” — but offer zero evidence or even examples from last week to support it pic.twitter.com/2llSrxlwvW

This is not about “honest and transparent” elections. This is about two things: First, Loeffler and Perdue — and the rest of the Republican party — believe that if they lose, it must not have been an “honest and transparent” election, because why wouldn’t Georgians overwhelmingly support the two right-wing Republicans with a history of corruption and insider trading?

But the other thing it’s about is Donald Trump. Obviously. Who is really all that excited about David Perdue or Kelly Loeffler? No one (or they would have won the original races). Meanwhile, the Democrats are riding high on a Biden win and Stacey Abrams’ remarkable work, and are hopeful about turning the Senate blue, too, with two more wins in Georgia. So what can Loeffler and Perdue do to drive up turnout in a race where Donald Trump is not on the ticket?

Make it about Donald Trump, of course. That means calling into question election results. It means lining up behind Trump no matter the cost. It means throwing their own Secretary of State into the wheels of the moving bus. And look who is more than happy to play along: Mitch McConnell.

Subverting Democracy is now a campaign tactic. “Real patriots only respect the results when their party wins! Everybody knows that! ”

In case you are curious about where things stand: