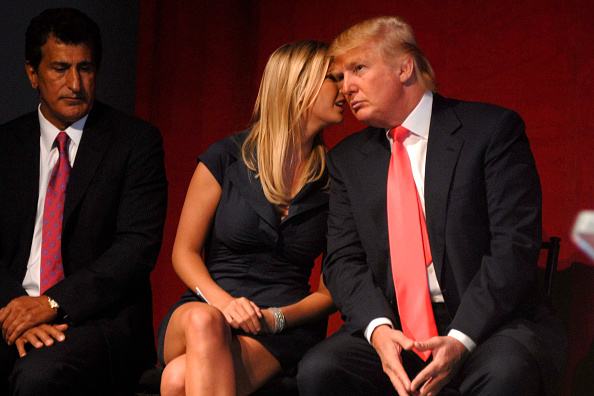 1:00 — Steve Scalise and Kellyanne Conway made the rounds during the morning shows this morning, and you can basically boil down their new defense of Trump to this: “Oh, sure he did it! But it wasn’t a big deal.” Kellyanne wouldn’t rule out quid pro quo, but she told Chris Wallace that it didn’t rise to the level of impeachment, and Steve Scalise tried this argument on for size:

In which Steve Scalise dismisses the president asking a foreign government to investigate his political rival as "a rhetorical thing that he threw out there I think more to get the press all riled up, which clearly he did." pic.twitter.com/t2iH09iFoa

They’re also making the argument that, since the Ukraine eventually got the aid, no crime was committed, that it was no big deal! But as Chris Wallace reminded Kellyanne Conway, that aid only came two days after knowledge of the whistleblower went public. Conway claims, “Oh, that’s just a coincidence!”

CHRIS WALLACE: Aid was released 2 days after the IG informed the House about the whistleblower. It wasn't released until the story was out

KELLYANNE CONWAY: You're trying to make that causation. It may be coincidence

Worth noting that George Conway retweeted this:

They have the aid now because Trump got caught. If the whistleblower hadn’t come forward, who knows what have happened. https://t.co/SO5U8LIvlU

Sunday, 12:20 p.m. — Trump thinks that, if he tweets that he got a good reception at the UFC event last night, everyone will forget about the boos. That’s not really how this works, Donny.

Walking into Madison Square Garden last night with @danawhite for the big @UFC Championship fight was a little bit like walking into a Trump Rally. Plenty of MAGA & KAG present. Great energy. Fantastic job Dana! Heading to D.C. and then to Kentucky for a big @MattBevin Rally…

Saturday, 10:45 p.m. — I was trying to take an extended Trump break, because I needed one, but then he goes and gets himself booed again. I suppose that, after the terrible reception he got at the World Series, Trump thought, “I’ll just go to a UFC event. They’ll love me there!”

Well, not so much.

President Trump getting massively booed as he entered the Garden for #UFC244 pic.twitter.com/ZwmSxlQ4uL

That sound you hear is @realDonaldTrump getting booed at #UFC244 pic.twitter.com/oklkQzGMpk

The President is here and the boos are deafening. #UFC244 pic.twitter.com/MbQdKIvuil

The UFC is his base. This would be like if I got booed by Jewish grandmothers. https://t.co/IqrYq4GPOn

Cool, cool! Do the NFL next!

We don’t talk about this enough because we are so focused in the mounting evidence against Donald Trump and the occasional minor rift in the Republican party, but for expectation-setting purposes, it’s probably wise to remind everyone that the odds of Trump being convicted by the Senate are still very very slim. It requires 67 votes in the Senate to convict the President. There are 45 Democrats and two Independents who caucus with the Democrats. Assuming every Democrat votes to convict, we still need 20 Republicans to sign on. We might get Romney. We might get some swing-state Senators like Susan Collins or Cory Gardner. Lisa Murkowski is independent enough in Alaska that she might sign on. There are probably a handful of Republican Senators who are not running for reelection or are retiring, like Richard Burr, who might be convinced to vote to impeach.

But all of those scenarios are unlikely, and even in the Senate, Republicans might continue their “process” argument, which is to say: They can ignore the evidence and vote against impeachment because, they will argue, they didn’t agree with the way the House conducted the investigation. It’s a long shot, and given the fact that a vote on impeachment probably will not happen until next year, some Senators may simply argue that the American people should be left to decide at the ballot box. Never underestimate the Republicans’ ability to turn the debate about one thing into a debate about something completely different.

That’s not to say that things couldn’t break the Democrats’ way. Public hearings could provide explosive testimony. More damning evidence may be revealed. Trump could completely meltdown. I’m willing to bet, however, that all three of those things will happen, and the President still will not be impeached. The Republicans, after all, are making no effort whatsoever to make a Plan B, should Trump be impeached.

But impeachment is what we wanted. It is what is necessary. It will be incumbent upon Democrats, and on Democratic voters to ensure that doing the right thing does not blow back on us. If Trump is not impeached, it’s because the Republicans believe that their President is above the law. It’s because they are cowards. It’s because they’re more interested in their own re-election prospects than upholding the Constitution. It’s because they are afraid of Donald Trump. It will be the responsibility of the Democrats to forcefully make that argument every single day. This is not — as the Republicans will argue (and already have) — about nullifying the (illegitimate) results of the 2016 election. It’s about holding the President accountable for interfering in our elections, for corruption, for abusing his office, and for governing by conspiracy theory. Whether Trump is impeached or not, we cannot survive another four years of that.

Then again, for what it’s worth: