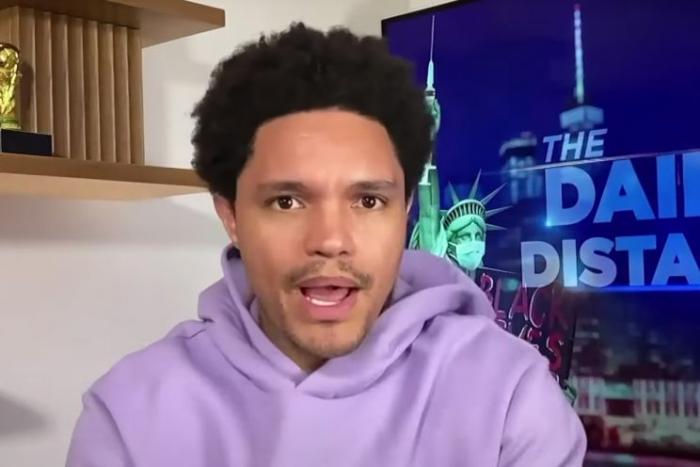 Trevor Noah raised some eyebrows last night with a line of thinking on The Daily Show that attempted to tease out the differences between an anti-vaxxer — someone who refuses to take the COVID-19 vaccine — and Big Pharma skeptics, someone with a healthy mistrust of the pharmaceutical industry. Here’s what he said:

Did Trevor Noah just say what we think he did?? pic.twitter.com/A6Mo7tAEDi

And look: We’re a bunch of progressive commies here, and we have always had a healthy skepticism against Big Pharma, and all you have to do is watch Dopesick or look at the price of insulin to understand why. On the other hand, while we don’t know much about the Omicron variant yet, we do know it’s highly transmissible. Four days ago, South Africa reported 2200 cases. Yesterday, it reported 11,000, and the reinfection rate is triple that of Delta.

So, yes: Sure. Crook those eyebrows at Big Pharma and let’s all complain about how much the CEOs and investors have to gain from booster shots and even a new vaccine. On the other hand? Stick it in me. All of them. Load my arms up with vaccines. I understand the mistrust of the pharmaceutical industry, but also, the numbers don’t lie. Vaccinated people are about 70 percent less likely to end up in a hospital and 90 percent less likely to end up in an ICU. Is the Omicron variant milder? Maybe! But also maybe not. We’ll probably know in a few weeks. Until then, I hope that Moderna and Pfizer are already working on new vaccines specific to this variant, and when it arrives, I’ll be the first in line to take it.

Noah seems to echo that sentiment, adding that, if it’s necessary, we “might need to take 15 minutes out of [our] year” to get vaccinated against COVID-19.