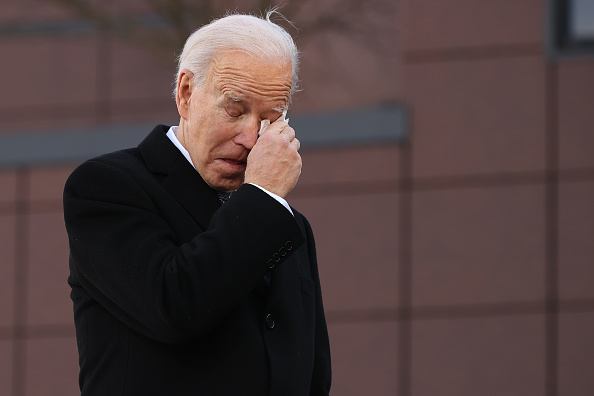 5:55 — Thank you for just this simple and elegant acknowledgment. I am so grateful we did not fall into an autocracy, y’all.

"To heal, we must remember. It's hard sometimes to remember. But that's how we heal. It's important to do that as a nation. That's why we're here today." — Joe Biden pic.twitter.com/omPFY9o17P

The last guy didn’t even acknowledge the pandemic was real.

4:30 — Trump gives a farewell speech. It’s 20 minutes long. I skipped around. It’s a list of his “accomplishments,” and it’s a teleprompter speech, so it’s also very dull, although it does end with a Kimberly Guilfoyle callback (“The best. Is yet. To come.”)

3:00 — Tiffany Trump took the opportunity on her Dad’s last full day in office to use it as a backdrop to announce her engagement to Michael Boulos.

"Let's take our engagement announcement photo at the house my dad is getting evicted from tomorrow!" - Tiffany Trump pic.twitter.com/4qtn1eSCXg

2:30 — An emotional Joe Biden bids farewell to Delaware. I’m sure we’ll get tired of saying things like this in a few months, but still, my god! A President who feels things!

Biden is in tears as he says goodbye to Delaware.

"Delaware you are forever in my heart."

His remarks are at Delaware National Guard HQ, now named for his son, Major Beau Biden.

"I only have one regret; that he's not here. Because we should be introducing him as president." pic.twitter.com/xPro6mJkJS

An emotional Biden speaks as he prepares to depart Delaware ahead of his inauguration.

"Through the good times and the bad, I want to thank you for everything, to my fellow Delawareans…I want to express how much you mean to me and to every one of us" https://t.co/OBN37Fn3iW pic.twitter.com/o4p07PKvPK

Meanwhile, a few National Guardsmen providing security for the Inauguration have been relieved of their duties.

NEWS: NBC's Pete Williams reports that roughly a dozen National Guard members have been relieved of duty ahead of the inauguration — not because of "radical extremist concerns," but because of "more routine" vetting issues.

I don’t want to talk about Mike Pompeo’s bigotry here, but Soledad had a great response, so I can’t help myself:

Congratulations on your retirement!
—Signed, a multi-cultural person. https://t.co/QyKTWFPRQL 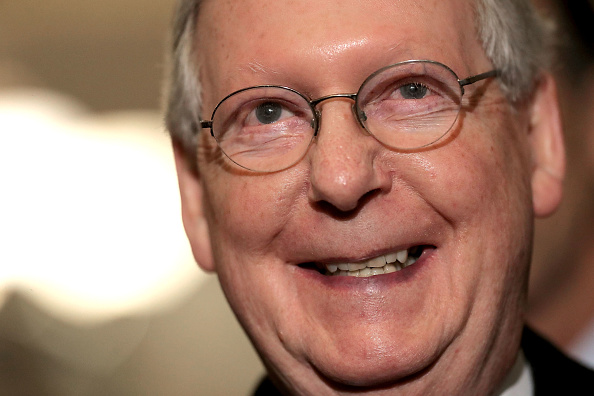 1:07 — The Senate returned today, and if you’re wondering what the position of Mitch McConnell — who has six years left on his term — is on Donald Trump, well, here the Turtle burns that bridge to the ground:

.@senatemajldr on the U.S. Capitol Attack: "The mob was fed lies. They were provoked by the president and other powerful people." pic.twitter.com/QIeviyHkl3

Chuck Schumer will be overseeing that impeachment.

Senate Democrats announce the first bill of the new Congress will be the For the People Act.

The legislation includes steps to make it easier to vote, campaign finance provisions to increase disclosure of donations, and ethics requirements for Congress and the executive branch.

Oh, and one more no show to Trump’s farewell “party.”

VP Pence is not expected to attend President Trump's sendoff at Joint Air Force Base Andrews tomorrow morning, per White House officials. He is attending the inauguration later in the day, and aides say it would be logistically challenging for the vice president to do both.

Meanwhile, nobody wants to go to Trump’s send-off? Awww.

Sacaramucci said he was also invited but isn't going. The desperate attempt to get a crowd for his sad send off is failing https://t.co/CnxeSiQ52a

I guess that’s going to put a damper on Trump’s slightly better mood. From WashPo:

In her final days as first lady, Melania Trump has largely stayed away from the West Wing. While her husband spends his time there in anger — though aides said his dark mood has lightened since he began planning a rousing military send-off for himself — she has shown no sign of any disappointment for how the president’s era is ending.

This is gotta sting.

9:30 — We’re all on tenterhooks this morning, which is a weird saying, actually, because does anyone even know what a tenterhook is any more? Or a tenter? The point is: We’re waiting anxiously for hopefully nothing to happen up until Joe Biden is sworn in, and then hopefully, nothing will continue to happen. There are concerns right now about white supremacists posing as National Guardsman, but also, there are fears that National Guardsmen could already belong to far-right groups. Among the rioters in the insurrection, they have already identified six members of the military. In fact, the woman who was shot and killed is former military. So, it is a very credible threat.

— Elsewhere, Parler is resurfacing. They switched their domain registrar to the same one that provides registration for Gab, 8chan and the neo-Nazi site the Daily Stormer, and their servers are being hosted now by a Russian provider. Wow! A Russian-hosted site that shares the same domain registrar as a neo-Nazi site! Sounds like a great place to hang out with Dan Bongino.

— Tomorrow morning around 8 a.m., Trump will leave the White House and head to Mar-A-Lago. I guess he’s getting some sort of military send-off. Around the same time, Joe Biden will be attending church with — among others — Mitch McConnell. But hey! That deprogramming joke is really upsetting Fox News, Alisyn Camerota!

"It appears the deprogramming may be under way," says CNN's @AlisynCamerota. pic.twitter.com/neaq1YbFPN

Local cult member: "I thought 'deplorable' was bad, now 'you're in a cult' and you need to be 'deprogrammed.' What?" pic.twitter.com/gtyUuN0gi1

— The Trumps have not and will not communicate with the Bidens, nor will they welcome them to the White House. They’ll be gone before the Bidens take over, and while all of that is a huge break with norms, I’m guessing Joe and Dr. Biden are just fine with that. Trump will not be giving a farewell speech, either. He’s just gonna slink back home. I still remember Obama’s farewell speech. It was really good and left us all with a false sense of hope that we could survive four years of Trump!

Trump doesn’t have Twitter anymore, and he will no longer be surrounded by aides who will leak status updates on his mood to the press, and he doesn’t otherwise have anything valuable to say. What if Trump just … fades into obscurity? Is that even a possibility?

— Confirmation hearings will begin today for the Director of National Intelligence, Treasury Secretary, Secretary of Defense, Secretary of State, and Secretary of Homeland Security. Because they are not loony folks with a history of shitty behavior that will have to be interrogated, I don’t expect much in the way of fireworks.

— I’ve been meaning for a few months now to write about Ashley Biden just because it feels like almost no one knows that Joe Biden has a daughter. Everyone knows about Beau (RIP) and everyone knows about Hunter (ugh), but people forget about Ashley, although she has always kept a super low profile. She gave her first nationally televised interview this morning, if you want to get to know her a little. She, uh, seems “articulate and bright and clean and a nice-looking!” (j/k, Joe!)

“I’m just so proud. I truly am proud of my father.”

In her first-ever network television interview, Ashley Biden, President-elect Biden’s daughter, talks to @JennaBushHager ahead of #InaugurationDay about her family’s special bond, the Capitol riot, and more. pic.twitter.com/6agc8yUB9R

— Finally (for now), today Biden will arrive in D.C. and preside over a national memorial honoring the nearly 400,000 people who have died of the coronavirus.

Mr. Biden, Vice President-elect Kamala Harris and their families plan to participate in the lighting of 400 lights to illuminate the perimeter of the reflecting pool in front of the Lincoln Memorial in their first stop in the city ahead of Wednesday’s inauguration, the committee said.

Each light is meant to represent the approximately 1,000 Americans who will have perished related to the virus at the time of his swearing-in.

This feels like a huge deal since the current occupant of the White House has barely even acknowledged the mounting death toll. And I want to say, like, “Oh wow! This is amazing!” But also, like, it’s not. I’m not taking anything away from Biden here, but this is completely typical behavior for a President. This is what Presidents do. They honor those that we have lost.

And again, I’m not trying to diminish what I hope will be some major accomplishments from the Biden/Harris Administration, but there are going to be a lot of moments I think in the next year where we will find ourselves celebrating Joe Biden for doing exactly what he’s supposed to be doing. He’s going to accrue a lot of goodwill from Americans for just showing up, acknowledging reality, and showing an interest in helping. I genuinely do believe that Joe Biden is going to be a very good President, but I also believe that he is going to be a huge beneficiary of a super low bar. It’s going to take some time for us to get used to a President who behaves normally, and until we do, we may get a little misty every time Biden holds a press conference and doesn’t yell at us. Remember when Fauci used to come out and give us numbers and data, and it felt so comforting just because it reflected reality? It’s gonna be like that for four years! I am so excited.

← 5 Shows After Dark: 'Finding Your Roots' Seventh Season Premiere on PBS, 'The Resident' on Fox | Renewal News: 'Saved by the Bell' and 2 More Series Get Green Light →