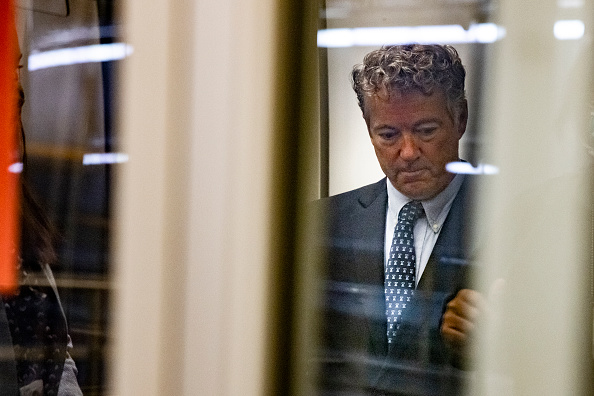 It’s not going to happen. The Senate tipped its hand earlier today in voting 55-45 to shoot down a Republican effort led by Rand Paul to throw out the impeachment trial, arguing that impeachment should not apply to former Presidents. That’s basically an argument of standing, which is hilarious because I swear just this week I saw Rand Paul complain that it wasn’t fair that so many state courts threw out cases brought by the Trump campaign over issues of standing instead of on deciding on the merits.

“Private citizens don’t get impeached. Impeachment is for removal from office, and the accused here has already left office,” Senator Paul argued. Forty-five Republicans, including Mitch McConnell, agreed with him, an early indication that the Senate would not have the 17 votes necessary to convict Trump.

They’re going to hide behind process. Again. The party has done a full-court press in the media to emphasize that this will be their strategy. Nevermind that McConnell said that he thinks Trump committed an impeachable offense; he can still argue that impeachment is not appropriate for a former President.

In other words, a President can drop a bomb on Chapel Hill, North Carolina the day before he leaves office, but he can’t be impeached for it two days later.

For the record, the Republicans who voted with the Democrats were Mitt Romney, Susan Collins, Ben Sasse, Lisa Murkowski, and Pat Toomey. The rest? Goddamn cowards.

Meanwhile, if “private citizens don’t get impeached,” then why isn’t Trump being arrested for incitement and sedition, like so many of the others who stormed the Capitol? Arrest him and bring criminal charges, as one would a private citizen.