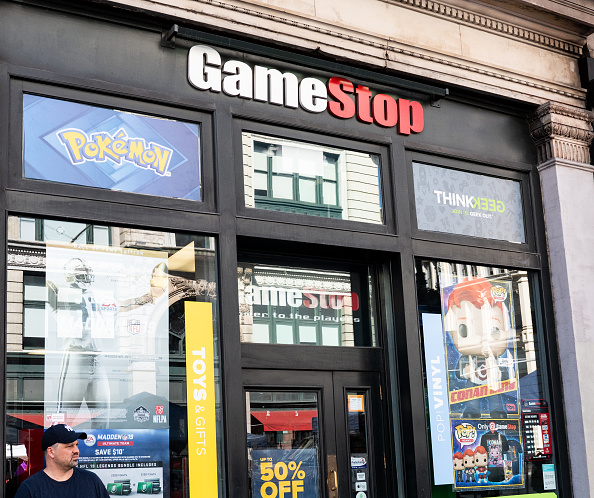 In law school, I wanted to be an SEC lawyer. I wanted to put corrupt, Wall-Street motherf**kers in prison for a living. If the SEC had accepted me as an intern after my second year, I might have ended up on a very different career path, but they rejected me and I quit in a petulant huff.

I wrote my law school thesis on penny stocks and pump-and-dump schemes. Basically, they worked like this: Some guy would buy 50,000 shares of a $.25 stock, falsely hype it and drive the price up to $.50, and then dump all his stock after doubling his money. With a stock that small, it was remarkably easy to do. However, all the people who bought it based on false hype were left holding the bag when the stock dropped back to its normal price. There are always winners and losers, and nine times out of ten, the winners are the people who are already rich.

This is exactly what is going to happen with the GameStop situation, only on a much, much larger scale. Yes, right now, rich people are f**king over other rich people by using a lot of small-time investors to drive up the price of GameStop, or AMC Theaters, or Bed, Bath and Beyond. This only works because these fat cats short-sold millions in GameStop, and as Reddit investors came in to drive up the stock, the fat cats had to sell to cover their asses, which in and of itself continued to falsely drive up the price of shares. The rich people sold at huge losses, although for billionaire hedge funds, “huge losses” is relative. If you have $2 billion and lose $100 million, it stings, but it’s not going to affect your ability to pay your mortgage.

However, there are now thousands of people holding GameStop shares at an artificially inflated price. Greed will eventually win out because it always does. In fact, right now, DO NOT SELL is trending on Twitter.

me, yesterday: this gamestop stuff is crazy

me, today: DO NOT SELL YOUR STOCKS MY BROTHERS AND SISTERS. THAT IS WHAT THE ENEMY WANTS pic.twitter.com/GoFQECQ2Ns

Why? Because as soon as the investors cash in on their GameStop investments and collect their tidy profits, the stock price is gonna plummet. You know who will probably be the first to collect those profits? The other fat cats who jumped in to take advantage of the Redditors who were trying to screw over hedge fund managers. When those rich people dump their stock, who is going to be left holding the bag? Those Redditors who took their $3,000 life savings, plowed it into GameStop to troll some hedge fund investors and prove a point, doubled their investment in 24 hours, and then lost it all because they listened to Twitter when “DO NOT SELL” started trending.

And now they can’t pay their rent, while the rich motherf**kers that I wanted to become an SEC lawyer to prosecute are just moving the small investors’ money around between them while the small investors are going to ride that high straight into bankruptcy. It’s a Ponzi scheme, and it will eventually crater and take a lot of earnest people down with it.

← What 's the Point of a Second Impeachment Trial? | Break Out Your Wallets Because Andy Richter Is Behind A Paywall →