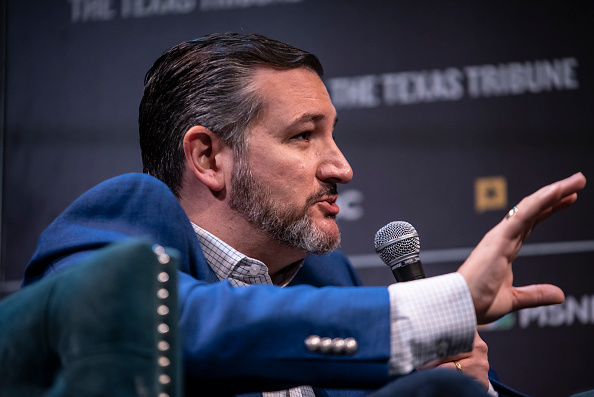 8:40 — Some bad news, good news is the last update of the night: VP Mike Pence has rejected Nancy Pelosi and the House Democrats’ call to invoke the 25th Amendment, which was not a surprise. This, despite the fact that Trump reportedly said to Pence last week before he oversaw the certification of the Electoral College, “You can either go down in history as a patriot, or you can go down in history as a pussy.”

What a full-circle moment.

Vice President Pence responds to @SpeakerPelosi on the 25th Amendment: “I do not believe that such a course of action is in the best interest of our Nation or the Constitution.” pic.twitter.com/qwM5D4mra0

The good news is, there seems to be (for now) some steam building among Republicans to impeach Trump, as donors and corporations bring pressure to bear upon the GOP for siding with Republicans, including the Chamber of Commerce. Rank and file Republicans seem to be fed up with him, and McConnell now seems amenable to impeaching him in the Senate, so we’ll see what the vote looks like tomorrow. Several GOP House members have publicly stated that they will vote to impeach, including Liz Cheney, the third-ranking Republican in the House, who stated that there has “never been a greater betrayal by a president of the United States.”

There may also be additional pressure as more news come out of the insurrection, including the fact that one police officer may lose an eye, and another was shot with his own gun.

On the other hand, another Republican in the House will introduce a resolution to censure the President, and Republicans may use that as an off-ramp to escape having to vote to impeach.

In sad news, Rep. Bonnie Watson Coleman — the 75-year-old Congresswoman and cancer survivor who tested positive for Coronavirus after being in a room with maskless Republicans — has been admitted into the hospital. We wish her a speedy recovery.

4:40 — This is significant. The NYTimes is reporting that the incoming Senate Minority leader, Mitch McConnell, is said to be happy that the Democrats are impeaching Donald Trump, believes that he committed impeachable offenses, and also thinks that impeachment would make it easier for the Republicans to purge him from the party. Behind the scenes, McConnell seems to be quietly helping Joe Biden arrange to confirm nominees and impeach Trump at the same time.

The House Minority Leader, Kevin McCarthy, meanwhile, is actually weighing whether to call upon Trump to resign, although he prefers to go the censure route.

Far from telling Biden he would not discuss the impeachment, McConnell said he would check with the parliamentarian and get back to Biden.

3:20 — The latest is that Ted Cruz’s communications director has resigned in response to the Senator’s efforts to overturn the election results. Cruz and Josh Hawley continue to be increasingly isolated even within the Republican Party.

Elsewhere, FBI officials in Virginia warned the Washington office of the coming violence, but the FBI did nothing to prepare for it. On the other side of that coin, the Joint Chiefs of Staff is telling the military to defend the Constitution and stay out of politics:

Just in: Joint Chiefs of Staff preparing rare message to entire force of reassurance: reminding them the job is to support & defend Constitution and reject extremism. Its a significant step. JCS have sought to stay out of politics. Statement due to gravity of events.

Tomorrow, the House will vote on the impeachment of Donald Trump. The House Republicans are not going to whip the vote this time around, and they expect around 10-20 people to vote with the Democrats. GOP Leader Kevin McCarthy, however, asked that defectors not be called out, because to do so could subject those members to violence back home. How insane is that?

Meanwhile, while those who objected to the Electoral College certification are losing donors, a group of Republicans opposed to Trump has raised $50 million, which it will donate to Republicans who join the Democrats’ effort to impeach the President.

Meanwhile, Rep. Perlmutter loses his cool with Jordan — who received the Presidential Medal of Freedom from Trump — because he also won’t fully acknowledge that Biden won. STILL.

There's a contentious House Rules Committee meeting ongoing about the resolution to call on Pence to invoke the 25th Amendment. Committee Chair McGovern is asking Jordan if he will concede that Biden won the election. Jordan says Biden will be president, but won't say he won.

Jim Jordan doesn't care how many people die, his loyalty is to one. He can't just say YES BIDEN WON.

It’s awfully hard to “unite” when they refuse to accept the f*#$ing truth.

10:30 — On his way to Texas, Trump spoke to reporters outside of the White House, making his first public appearance in nearly a week.

President Trump said he wants no violence and criticized the notion he might be impeached a second time, calling it "a continuation of the greatest witch hunt in the history of politics” that is "causing tremendous anger.”

After sparking a riot nearly a week ago, he says of the resulting push for impeachment: “I think it’s causing tremendous anger.”

Meanwhile, a third Democrat has tested positive for COVID after a lockdown with maskless Republicans.

INBOX: A third Democrat, @RepSchneider, who was in the safe room with the unmasked Republicans has tested positive for Covid.

“Wearing a mask is not a political statement, it is public health guidance, common courtesy, and simply what should be expected of all decent people."

9:00 — Relative to other non-Trump periods in America, there’s an extraordinary amount of news flooding the television and social media airwaves right now, but as someone who spends hours a day on social media during these upheavals, it’s nevertheless strangely quiet now that Donald Trump has been banned from Twitter. Trump’s Twitter account produced a lot of news (most of it spurious). He would tweet something false; a conservative outlet would report it, and Trump would retweet it as news. He manufactured literal fake news through a Twitter - Fox News - Twitter feedback loop, and there wasn’t a goddamn story on the planet that he didn’t weigh in on like a teenager live-texting the news, which is exactly what he was. From the NYTimes:

Mr. Trump’s White House aides said he loved tweeting and then watching the chyrons on cable news channels quickly change in response. For a septuagenarian whose closest allies and aides say often exhibits the emotional development of a preteen, and for whom attention has been a narcotic, the instant gratification of his tweets was hard to match.

I love the silence, but it will take some adjusting to, like when my kids eventually go back to school full-time. It’ll take some time to adjust to the fact that no one is in the background yelling at the news. We have no idea how Trump responded to Bill Belichick rejecting the Presidential Medal of Freedom last night, for instance! We don’t get to savor his anger! There’s just a lot less noise because not only are there no Trump tweets, but the thousands of reactions to those tweets — supportive or otherwise — are also gone.

Shortly, he will appear in front of cameras for the first time in a week.

When he leaves for Texas around 10 a.m., it will be President Trump's first time in front of cameras since last Wednesday. He's been holed up in the White House since then, only surrounded by a couple of aides while most are keeping their distance from him.

Without the tweets, we’re also getting a glimpse into the next Administration. One of my bigger fears was Trump second-guessing and criticizing Biden from the sidelines for four years, soaking up all the attention and making it difficult for Trump to get anything done. Without Twitter, Trump will not be able to do that, and therefore, the media will have a more difficult time ginning up political drama. This is good! Yesterday, Politico reported that Biden “dressed down” his Covid team over vaccinations, seeking to manufacture some drama. It’s not going to happen. It sounds like Biden is frustrated with the fact that his team hasn’t figured out how to deliver 1 million shots a day yet, and that frustration is good! It means he hasn’t just given up, as Trump so clearly has. But this is not the sort of drama that generates clicks. And that is fine! I am more than happy to fall back on the Harry Styles/Olivia Wilde/Jason Sudeikis drama to generate traffic. No one dies in that scenario. (Also, in any other time than now, this Armie Hammer business would be a bigger topic of conversation).

There was news overnight.

— House Democrat Pramila Jayapal became the second Congressperson to test positive for COVID-19 after the lockdown during the Capitol insurrection. Because Republicans in the lockdown refused to wear masks, she predicted this would happen and quarantined after the lockdown. I suspect many more positive cases will erupt from the insurrection. Jayapal had been vaccinated two days prior to the lockdown, although the vaccinations do not work immediately (that said, the infection may be much less severe).

— Democrats are being briefed on three more plots targeting Congress, including a plot by Trump supporters to assassinate lawmakers. From Axios:

The most alarming of the warnings concerned an insurrection plot that would involve demonstrators surrounding the Capitol, White House and Supreme Court, and then blocking Democrats from entering the building ― possibly by assassinating them ― so that Republicans could take control of the government.

This is why Trump was deplatformed. This is why Twitter deleted 70,000 QAnon accounts. This is why Parler was taken offline. It was not a free speech matter. It was a public safety matter.

— Speaking of which, House Democrats will investigate social media’s role in the insurrection, and this is the other reason why Twitter and Faceboook are cracking down now, because I’m sure they’re hoping that they can get ahead of Congressional demands that they do so.

— Jacob Chansley (aka Jake Angeli or the QAnon Shaman) has unbelievably been granted his request for organic food in prison based on “religious reasons.”

— A lot of major corporations — including Hallmark — are pausing or pulling fundraising from those Republicans who objected to the Electoral College certification. There’s also some speculation that Pelosi will strip them of their committee assignments, and stripped of that power, there’s less reason for corporations to donate to them. Also, it goes without saying, but corporations shouldn’t be donating to political campaigns in the first place.

— There are a few stories out this morning about what Trump was doing during the insurrection. In short: He was stoked, and he didn’t understand why everyone else wasn’t as stoked as he was that all these people were destroying the Capitol on his behalf.

New details from @maggieNYT on what Trump was doing during the riot: "He was pleased… He knew what was happening… He just didn't want to do anything."

Says only thing that snapped him out of it was being told he would face legal exposure based on what he said at the rally. pic.twitter.com/dBv0p9IAE5

@jonkarl reporting that Trump's been advised a self-pardon would be an admission of guilt & open the door to lawsuits from those injured. "The attitude seems to be, `If I can't get a pardon, then nobody else should be able to get one either.'" https://t.co/p1SY5qSURq


← Sorry, the 'Sex and the City' Revival Cast is Being Paid How Much? | Bruce Willis Kicked Out of Los Angeles Pharmacy for Refusing to Wear Mask →