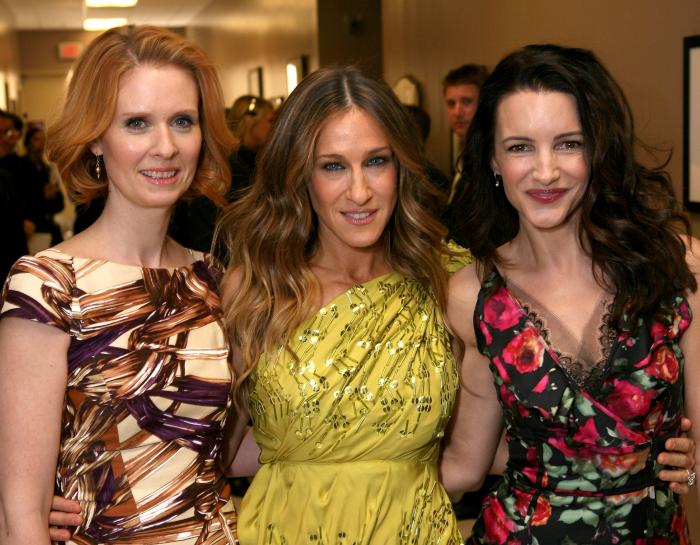 Sorry, the 'Sex and the City' Revival Cast is Being Paid How Much?

And just like that… the Sex and the City cast is getting paid a bajillion dollars every episode to reprise their roles in the revival for HBO Max. Kidding, they’re being paid over a million dollars per episode, but that’s still a ridiculous amount of money and is a nice reminder that celebrities are not, in fact, just like us. The math adds up to over $10 million to film the ten-episode revival, which, again, is wild. The exact amount is unclear, but damn wouldn’t I like that much money to be in a comedy and wear some of those amazing heels that Carrie Bradshaw used to pay $400 for. A girl can dream.

While the amount is so high I mentally cannot fathom it, the salary isn’t surprising considering how much HBO Max shelled out for the Friends cast to return for an unscripted reunion special. I can only imagine that studio executives must have attempted to court Kim Cattrall with that inordinate amount of money (an amount most would not have turned down) and she decided to pass on the opportunity anyway rather than to come anywhere near Sarah Jessica Parker again.

Interestingly, the revival is called And Just Like That… instead of Sex and the City. It’s a weird title and one that’s also pretty confusing because it seems like the two are completely separate shows. Either way, Parker, Cynthia Nixon, and Kristin Davis are making bank off of our inability to let things go and the studio system’s inability to take risks with new projects.

And Just Like That… is set to begin filming in the spring and will (eventually) premiere on HBO Max.