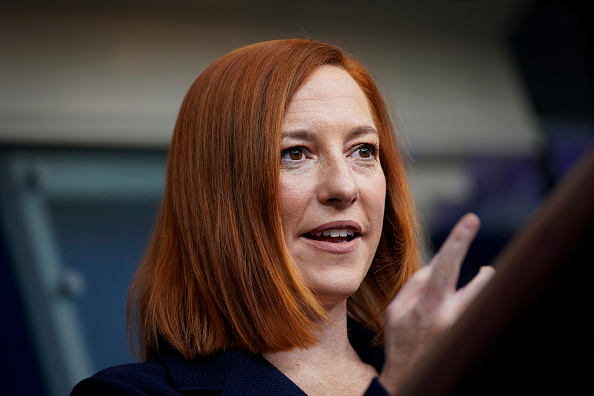 We are 13 days into the Biden Administration, and it’s interesting that the discourse is still mostly about the Republicans. I’m all for the discussion, but I’ll tell you this much: I’m not going to talk about her very often. We talked about him because he was the President, he set the agenda, he made policy, and he caused all the chaos, damage, and trauma. But we will not exploit her crazy for hate clicks. We will talk about her to the extent that she is increasingly the voice of the Republican party, but we’re not going to get Nancy Grace covering a missing white girl about that lady.

With that said, it should be noted that Mitch McConnell rebuked her yesterday while defending Liz Cheney, which was half a day’s news cycle. I’m fine with that. We’re literally in a place where the Tea Party is the moderate wing of the GOP now. That’s bananas.

Meanwhile, look! Over here on Axios, Jonathan Swan is trying to breathlessly live off the scandal fumes of the previous Administration.

OFF THE RAILS, bonus episode: The craziest meeting of the Trump presidency

Four conspiracy theorists marched into the Oval Office on Friday, Dec. 18 for an epic, profanity-soaked standoff with profound implications for the nation. https://t.co/ngsBVFmkWv

If the media wants to busy themselves with the destruction of the GOP while they wait for a Biden “scandal,” by all means! Speaking of which, this is what passes for a Biden scandal this morning:

This is Politico desperately trying to turn a tan suit into a “scandal,” even though the piece itself denies its own premise. The “scandal” is that the Biden comms team chats with reporters before a press briefing to get an idea of the questions they might ask so that Press Secretary Jennifer Psaki can be prepared with the information they need. It’s not about “questions in advance.” This is not a debate. It’s not an attempt to avoid a “gotcha” moment. It’s an attempt to de-gamify the press conference and provide useful information for the American public that the reporters will then ignore because that lady said something dumb. This is not a story, although it is an excuse to use a header photo of Jen Psaki. Who needs Beckinsale when we’ve got Psaki?

Speaking of Biden, he met with the 10 Republicans last night to talk about the stimulus bill. Susan Collins called it a “useful” meeting. I get the feeling it was little more than a photo op so that Biden could look like he was listening to the GOP and the GOP could look like they were trying to make a deal with Biden. Their deal with 1/3 of Biden’s deal. It wasn’t even close.

Also, why do Republicans continue and try to cheap out on the biggest crisis the nation has faced since World War II? Is it just muscle memory? What is the real justification for wanting to deprive states and local governments of billions of dollars they will use to pay for … first responders, teachers, and healthcare workers. I think they’re just like, “Oh! We’re Republicans! We have to disagree with whatever the Democrats propose, no matter what they propose, and regardless of whether that’s what their own voters want!” I mean, even the previous occupant of the White House was like, “Write ‘em a check.” Meet the moment, for God’s sake.

Y’all, I’m sure we’ll talk about this at length many, many times in the coming months, but whatever you want to say about Biden, this is easily the most progressive administration in the history of this country. It’s largely a function of not just the party moving left, but in voters moving left, too (at least in the policies of which they approve). We’re going to continue to see Biden advance socialist-like policies because that’s what the country wants, even if 30 percent of them preferred it was the former President advancing those very same policies.

Meanwhile, in the COVID battle, the numbers continue to drop nationally — we’re back to levels last seen before Thanksgiving. Moderna is trying to increase the number of doses in its vials, and over in Russia, the Sputnik V vaccine demonstrated nearly 92% efficacy against COVID.

Finally, last night during a very raw, very emotional Instagram live session, Alexandria Ocasio-Cortez revealed that she is a survivor of sexual abuse, and she compared what the Republicans are doing about the Capitol insurrection to the behavior of abusers. “The reason I’m getting emotional in this moment is because the folks who tell us to move on, that it’s not a big deal, that we should forget what’s happened, or even telling us to apologize, these are the same tactics of abusers.”

You *are* going to be a wonderful mom, @AOC. Teared up again thinking of just how bad it was and scared to think how much more worse it could have easily been. https://t.co/0XYlbuMmn3

Love the future of the Dem party, y’all.