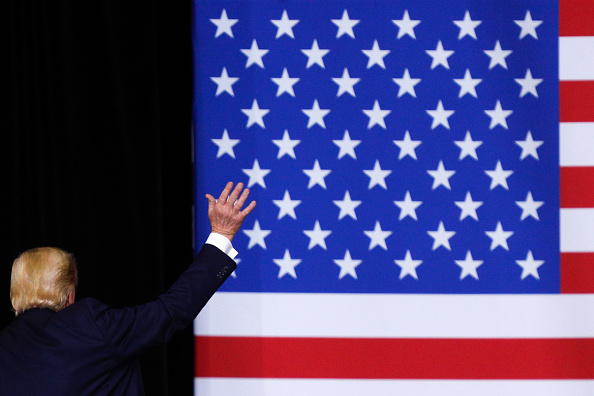 What the Hell Is Wrong With This Man?

Good morning. It is Wednesday, April 15th, one month and four days since Tom-and-Rita Day. We live in the wealthiest country on the planet. Nevertheless, yesterday the President of the United States “made moves” to halt funding to the World Health Organization. It is unclear exactly what that means — the United States has a two-year funding agreement with WHO, but apparently, Trump will halt funding during a 60-90 day investigation.

What does that mean in Trump-speak? It’s unclear, though the message he is clearly trying to send is, “This wasn’t my fault!” Trump is seeking to throw WHO under the bus for not warning the rest of the world about the danger posed by the virus when it emerged in China.

Maybe Trump should cut funding to himself, too.

Trump is suspending funding for the WHO because he says they were too complimentary of China.

He could start with the $170 billion windfall that Trump, Jared Kushner, real estate investors and hedge funds are expected to get out of the current stimulus program which, by the way, is more than the $100 billion devoted to the hospitals. This is why Nancy Pelosi is holding up the other $250 billion to small business funding. She wants to devote that money to people of color, community banks, and healthcare providers, while also renegotiating the windfalls Trump and Co., are set to receive.

In the meantime, our insanely narcissistic President has insisted that his name appear in the memo line of stimulus checks being sent out to individuals and families. This is because his name is not legally allowed to appear as the signature, but he told his boy Steve Mnuchin to get his name on there somehow so that he can take credit for the checks, even though to do so will mean a delay in receiving them.

You are getting your money late because the President thinks it is more important that his name be on the check than that you are able to pay your bills on time. This is not a rhetorical flourish. The checks are delayed. Because Trump.

Meanwhile, Trump is going to use the “total authority” over the re-opening that he claimed on Monday night to “authorize” the governors of each state to do whatever they think is best. HA!

I hereby authorize the squirrels in my neighborhood to scamper across my property in accordance with Squirrel Law https://t.co/7AhCezSvLS

Finally, we’re all hurting right now. This may cut the sting for a few seconds, anyway.

Captive audience… working some shit out!!!