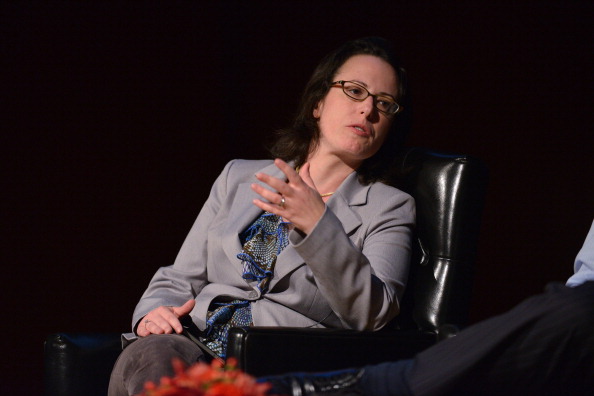 Pundits, journalists, and readers have been rightly critical of the way that The New York Times has covered Donald Trump for essentially the last four years, and Maggie Haberman has taken a lot of sh*t for it (although, I would like to note that she shares a byline with Peter Baker on most of her political coverage, and almost no one goes after Baker personally). The Times and Haberman have been most often accused of essentially being transcriptionists for Trump and his administration — they don’t provide context, and in their headlines, they report what he says, not that what he is saying is a lie. This is particularly troublesome for the Times because it’s not only the “paper of record,” but it’s behind a paywall, so a lot of people only see the headline.

A couple of weeks ago, however, the deputy Washington editor of Times was demoted for a particularly egregious headline after the mass shooting in El Paso: “Trump Urges Unity Vs. Racism.” Yes, again, that’s what Trump said. It is not what Trump meant, and that was not only apparent by all the divisions he endeavored to create the same day he “urged unity,” but by his actions over the last three years.

It’s only been two weeks, but if you are a regular reader of the Times, the way that the paper — and Haberman and Baker’s pieces — write about Trump has actually shifted since the demotion of Weisman. The paper has moved on from Mueller and shifted its focus specifically to Trump’s racism. Here’s how The New York Times Executive Editor Dean Baquet framed it when speaking to his newsroom, according to a leaked transcript obtained by Slate.

I think that we’ve got to change. I mean, the vision for coverage for the next two years is what I talked about earlier: How do we cover a guy who makes these kinds of remarks? How do we cover the world’s reaction to him? How do we do that while continuing to cover his policies? How do we cover America, that’s become so divided by Donald Trump?

That’s not a particularly incendiary remark, nor one with an obvious agenda, although Republicans (and Fox News) went ballistic on both their cable news channel and on social media.

There was a time when journalists covered “news.” The NYT has given up on even pretending anymore. Today, they are Pravda, a propaganda outlet by liberals, for liberals. These remarks at their “town hall” are a scandal & would be a firing offense at any real journalistic outlet. https://t.co/3xZiABaBYv

But I also understand why Republicans and Fox News took issue with what was a fairly vague statement, because within it, there’s a clear directive: We need to stop debating whether Trump is a racist, and begin covering him as a racist.

I’ve seen evidence of that change in recent weeks, too. Here’s Haberman on Trump’s rally in New Hampshire:

His speech was at times a greatest hits album of favorite lines, replaying the 2016 campaign against Hillary Clinton and bashing the news media, Democrats and America’s allies in Europe. Typically rambling, veering on and off script seemingly at random over an hour and a half, he repeated points he had already made earlier in the evening as if he did not remember already making them.

His talk was also marked by repeated inconsistencies. The same president who last year said trade wars were “easy to win” told his supporters that “I never said China was going to be easy.” The same president who compared America’s intelligence agencies to “Nazi Germany” when he took office complained that Democrats “use the term Nazi” to attack their opponents.

That may not seem like much, but instead of just reporting on what Trump said at the rally, Haberman is putting it in context. She is calling out the hypocrisy. Likewise, last week, when Trump called one of his own supporters “fat,” Haberman spent eight paragraphs recounting a number of demeaning physical insults he’s made, mostly about women, including Hillary Clinton, Carly Fiorina, Ted Cruz’s wife, and a “seriously overweight” protestor at a Trump rally who “went crazy” when Trump mentioned food stamps.

Meanwhile, two days ago, when Trump called the prime minister of Denmark “nasty,” Haberman put that in context, too. “Amid a global laughing fit, Mr. Trump got his back up and lashed out, as he is wont to do, and called the prime minister “nasty,” one of his favorite insults, particularly employed against women who offend him, like Hillary Clinton and Meghan Markle, the Duchess of Sussex.”

When covering Trump’s remarks on Jews, the Times didn’t hedge or find a source to call him anti-Semitic. They essentially came out and said it themselves, grounding it in the white nationalist philosophy:

“Mr. Trump did not go into specifics about what he considered to be Jews’ disloyalty, but his language was reminiscent of the anti-Semitic smear that Jews have a “dual loyalty” and are more devoted to Israel than they are to their own countries …

The accusation that Jews have dual loyalty is nothing new, but it has become a toxic element of white nationalist philosophy.

The remark was the latest from a president who has a history of using language that stokes racial and religious divisions. That language has been echoed in recent statements and writings of deranged people bent on violence.

The way that the Times characterized the President as a racist has not gone unnoticed by Trump, either. “Well, I think The New York Times now has totally lost credibility,” he told reporters on the White House lawn two days ago. “They’ve given up on the Russian collusion delusion and now what they’re doing is they’re trying the racist deal, and that’s not going to work because I’m the least racist person ever to serve in office, okay. I am the least racist person. But The New York Times — they’re trying everything they can.”

I haven’t seen coverage of that remark from the Times, but last month, they would have just reported it, as is. Now, I think, they’d properly qualify it, e.g., “‘I’m the least racist person ever to serve in office, okay,’ said Mr. Trump, who has a lengthy and troubling history of making racist statements.”

The Times reporting has always been excellent. The way it reports has been problematic for a long time. We may finally be seeing that change, and ahead of the 2020 election, it could not soon enough.