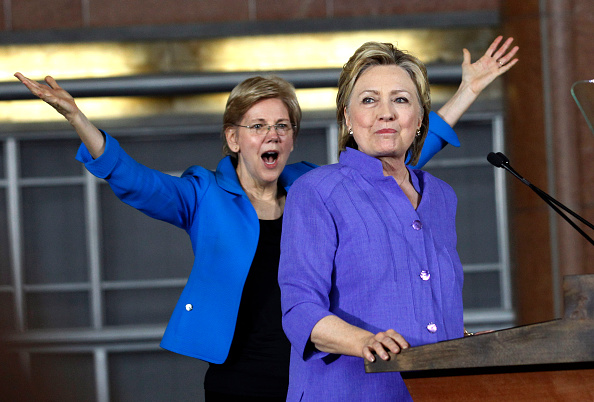 The Biggest (and Most Depressing) Takeaway from Super Tuesday: This Country Really Hates Hillary Clinton

I suspect there are a lot of people out there who are not happy this morning, but also a lot of people who are not unhappy, if you get my meaning. Joe Biden had a very good night. Bernie did well in Colorado and California. Elizabeth Warren and Michael Bloomberg were not really factors (Bloomberg is “reassessing” his campaign today, which is code for “dropping out.”) There are a lot of upset Elizabeth Warren voters, and a lot of upset Bernie Sanders’ voters (although, none of the upset Elizabeth Warren voters are attacking Bernie Sanders or his supporters on social media or blaming him for her poor performance, but whatevs).

Joe Biden is fine. He’s not my first or second choice (or, going back to the beginning of the campaign, fourth or fifth choice), but he’s fine. And Bernie supporters will say that we need a candidate that voters are more passionate about to win in November, and 1) I don’t know if that is true, and 2) hard truth: Bernie isn’t that candidate, either. He did not broaden his base. Young voters may love him, but young voters did not turn out for him. If Bernie Sanders can’t beat Biden — an ugh, fine candidate — he should not be facing off against Trump. If he can beat Biden — and this race is far from over because Bernie could still wipe the floor with Biden in head-to-head debates, where Joe is terrible — then Bernie deserves to the nomination.

Last week, when Bernie kicked Biden’s ass all over the place in Nevada, I thought the “establishment” was being petulant AF, because some party members had decided to essentially tank our chances in November by potentially ignoring the will of the voters — if the will had asked for Bernie — and nominating the likes of Nancy Pelosi or Chris Coons or Sherrod Brown at the convention. Give me a f**king break. That was petty.

Consolidating behind one moderate candidate, however, is not petty. That’s just smart politics. Bernie supporters will argue that the Democratic Party is conspiring against him, and I honestly also find that argument petulant, because Bernie can’t kick the party all day and get angry when the party bites back. He wants to run against the Democratic Party, but he also wants their support. You can’t have your cake, and kick it in the face, too.

Voters — at least the ones who voted last night — decided more often than not that they wanted a “safe choice” instead of the “revolutionary” choice because while the idea of a progressive platform may sound incredibly appealing, it wasn’t worth the risk of another four years of Trump. And for Black voters in South Carolina, North Carolina, Virginia, and Texas, I won’t begrudge them that. They know the existential threat that Trump poses better than anyone.

And for those that might argue that a fine candidate cannot win against Donald Trump, the results last night suggested otherwise. Turnout in places like Virginia and South Carolina and North Carolina surged over 2016, and they came out for Biden. Moreover, based on Bernie’s 2016 performance compared to his 2020 performance, in a lot of places 2016 Bernie voters turned out for Biden. Why? Because a lot of the Bernie vote was a protest vote against Hillary, because voters hated her that much. Well, first of all, f**k that sexist bullshit. Second of all, it’s clear that while they may not turn out for a candidate they hate when the opposition is Trump, they will show up to the polls for someone that is fine. In Virginia, there was a half a million more primary voters than in 2016. That’s crazy. Hundreds of thousands of more voters showed up for bumbly old, ass-grabby, gaffe-prone Biden than they did for an incredibly well-qualified woman in 2016 and one of the greatest candidates in the history of this country in 2020. Man, this country hates women.

Still if Biden wins, he better pick a great running mate, and by that, I mean Elizabeth Warren or Stacy Abrams. But it’s still too early for that: There’s another Super Tuesday next week, and a debate on the 15th that is looking like an opportunity for Bernie and Biden to face each other head to head. Maybe the race will turn again.

As for Warren? It looks like she may stay in the race, and she may even stay in until the convention. Why? Because if there’s a brokered convention, and Bernie delegates refuse to support Biden, and Biden delegates refuse to support Bernie, there’s a nice compromise choice right there in front of them. That’s a solid Tracy Flick move, and I love it.