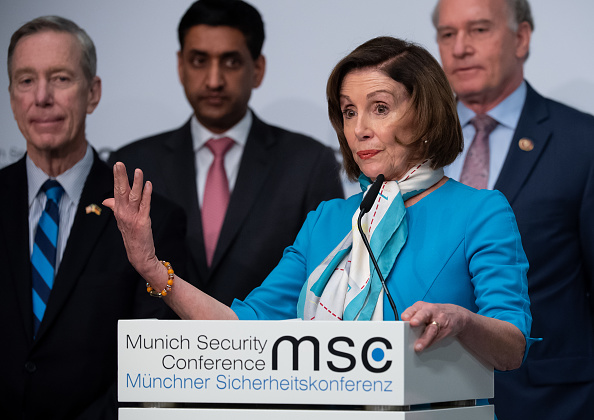 The Establishment Wing of the Democratic Party Is Being Petulant

It seems way too goddamn early for this, but ahead of the South Carolina primary and Super Tuesday, “superdelegates” and Democratic party leaders are already discussing ways in which they might potentially scuttle a Bernie nomination if he does not win the majority of delegates.

This is a spectacularly bad idea.

More than that, it is a spectacularly bad idea to be discussed in February. Are we sure that Russian bots haven’t taken over the NYTimes?

We have no idea how the votes are going to shake out between now and June. Bernie could run away with this, which would put the question to bed. Biden could win in South Carolina and the moderates might line up behind him and run away with it, too. Hell, Elizabeth Warren’s beacon of light could still light all of our way out of this mess (fingers crossed!)

This is exactly what happened in 2016 with Trump, where all the way up until the convention there was talk of brokering a deal and making Ted Cruz the nominee. It was the only reason Cruz stayed in until the end because he thought he’d be able to loophole his way into the nomination. The Democratic establishment is also already talking about saviors who could come in and save the party at the convention: Sherrod Brown, Mark Warner, Chris Coons, Kamala Harris, or Nancy Pelosi. Nancy Pelosi?!

I am sorry to say this, but the moderate wing is being a bunch of babies, who are upset that their side is not winning. But what happens if you give it to Pelosi, or Mark Warner, or Sherrod Brown? It doesn’t “unify” the party. It gives the moderate wing of the party a hollow victory, of sorts, because they’re unilaterally picking their side because — and I apologize in advance for saying this — they think their side — which lost in the Electoral College to the most unpopular Republican candidate in the history of this country — is better suited to decide who the nominee is.

On the other hand, as Elizabeth Warren notes here very clearly, in 2016 and 2018, Bernie helped to make rules that are in place. You can’t change them because it better suits your needs. If Bernie only gets the plurality of votes, he should not automatically become the nominee. But also, if those superdelegates do not honor the will of the people, they’re basically going to be kamikaze bombing the Democratic party, ensuring that unification becomes impossible short of nominating Michelle Obama and The Rock as the Democratic ticket.

Bernie and Biden be damned, I will accept Michelle Obama and The Rock.

It’s not like we haven’t been here before. In 2008, the “establishment” was scared to death of Barack Obama, and I’m sure there was talk of back-room deals then, too, and I know for a goddamn fact that James Carville and that crew called Obama a socialist. The only difference here, I suppose, is that Bernie actually is. But you know what? Obama won, and he just remade the establishment. If Bernie wins, that’s what he’ll do, too, and in eight years — god willing — someone will come in and try to overthrow the status quo all over again.


← Some Kids These Days Are Still Blind To Their Own Privilege | In Case You Were Wondering, Darth Vader Wouldn't Be an Apple Guy, Says Apple (and Rian Johnson) →