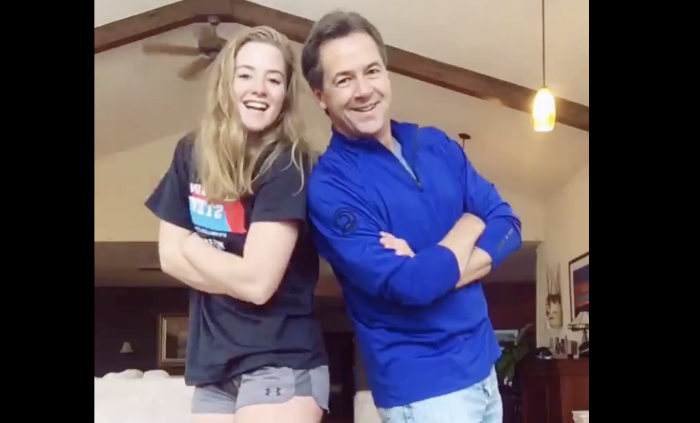 Montana Governor Steve Bullock has dropped out of the race to become the Democratic nominee for President of the United States, citing his inability to break through to the top tier of candidates. Bullock was very much a Montana Democrat, which is to say, a Massachusetts Republican (Massachusetts Republicans do surprisingly well in Governor’s races).

For some reason, his TikTok with his daughter just didn’t catch on:

Well Steve Bullock has now appeared in a TikTok

Bullock is not the only guy to drop out. Another guy most of you didn’t realize was running has also dropped out. Joe Sestak, a former U.S. representative from Pennsylvania, has also quit. He never qualified for a debate or polled even at one percent, and he raised less than $500,000. “Without the privilege of national press, it is unfair to ask others to husband their resolve and to sacrifice resources any longer,” Sestak told his supporters. Joe Sestak did not make a TikTok, but Julián Castro and Cory Booker — along with Beto O’Rourke (who has already dropped out) — have. It does not bode well. Stay away from TikTok, Liz Warren!

Julián Castro does a TikTok! pic.twitter.com/87IeOq2U3R

Kamala Harris email with subject line “Y’all heard of Tik Tok?” does not, in fact, direct supporters to a Harris campaign Tik Tok account, but turns into a Joe-Biden-is-a-threat fundraising pitch pic.twitter.com/CoTKCTSoBn

Pete Buttigieg hasn’t made an official TikTok video yet, either, although he has been relentlessly roasted on TikTok. Also, this: