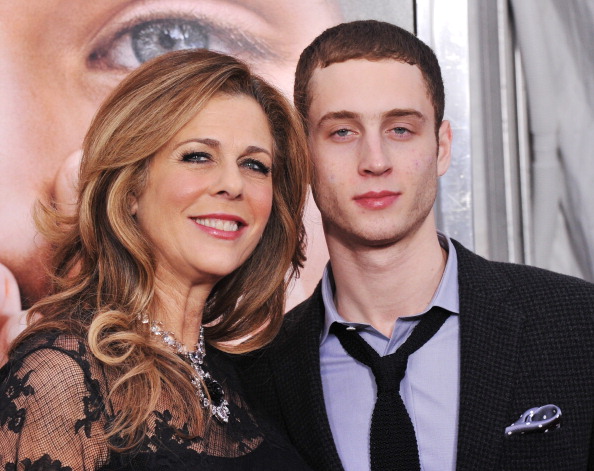 Social Media Reacts to Trump's Horrifying Address and ... (*Looks Around*) ... This. All Of This

I saw someone on Twitter say last night that HBO is going to make a great 10-hour miniseries about the last six hours, and that sounds about right. In the span of less than an hour last night, Donald Trump gave a disastrous seven-minute speech, Tom Hanks and Rita Wilson revealed that they had tested positive for the Coronavirus, the rest of the NBA season was canceled, and Sarah Palin — one of the figures most responsible for our current political situation — was unmasked on The Masked Singer. It was a hell of a night.

The good news is: For those who still hadn’t started worrying, last night probably scared the pants off most of the country (and if last night didn’t do the trick, go read some accounts from hospitals in Italy). Hopefully, that will prompt action before it’s too late. We don’t have a case yet in Maine, and they are shutting down most of the Universities, and I expect that public schools won’t be far behind. I suspect this will be true for everyone, and local and state governments will have to fill the leadership vacuum left by our President, who spoke for 7 terrifying minutes last night, confused everyone and comforted no one.

In a Seven. Minute. Prepared. Speech. Read. From. A. Teleprompter. https://t.co/6yjpMcmM0F

Almost impossible to articulate how horribly the WH has screwed up the response to Coronavirus without sounding like a hysteric.

There is no good or complete substitute for the executive branch when it comes to national crisis, but one takeaway to last 2 months & tonight’s speech is that Congress, governors & mayors, private sector, & civil society will need to step up to get this country thru this ordeal.

2 months ago we had the opportunity to get rid of this dangerous buffoon and GOP Senators didn't remove him. Schiff repeatedly warned the GOP something like this would happen, and they took it as a joke. In Nov EVERY GOP Senator up for reelection should be voted out of office.

Republican leaders knew better. They knew this man was not at all up to this job, and yet they've supported him, defended him, literally voted to keep him in office despite that knowledge. And now here we are in this dystopian nightmare, without a mature adult to run the country.

I've been watching Presidential speeches for decades. have never seen a President look more nervous, more unsure of what he was saying, than tonight.

and now his entire administration is already in overdrive walking back a key error he made on trade that spooked the markets, and cleaning up total confusion over his remarks about a European travel ban

This is easily the worst presidential address from the oval office I've ever seen in my lifetime.

Thanks to a lack of leadership from a purely self-involved, self-interested man, there is bedlam and confusion right now. Europe had no clue that the ban was coming because our President didn’t bother to communicate with them.

Trump, as expected, didn't tell the EU before banning travel from there into the US https://t.co/zLBYeycqiN

Meanwhile, American citizens abroad were spending mortgage payments on flights to get home before realizing it wasn’t necessary.

Testing is still a shitshow.

This is a terrifying thread right here.

Even Megyn Kelly can’t handle this!

Here’s how bad things are right now: I would give anything to have Jeb Bush leading the country.

I asked @JebBush, who handled one hurricane after another as Fla governor and got bipartisan praise for it, what Trump should be doing now. Here was his answer, which was something of a lapel-grab at Trump: https://t.co/3DPcEXJlJe pic.twitter.com/8Om2qHFfdH

Weirdly, the most comforting voice of the last 15 hours may have been … Chet Hanks.

It’s weird living in a universe where this is more reassuring than a speech by the president https://t.co/yxBGfLcymI

Stay safe out there, folks.