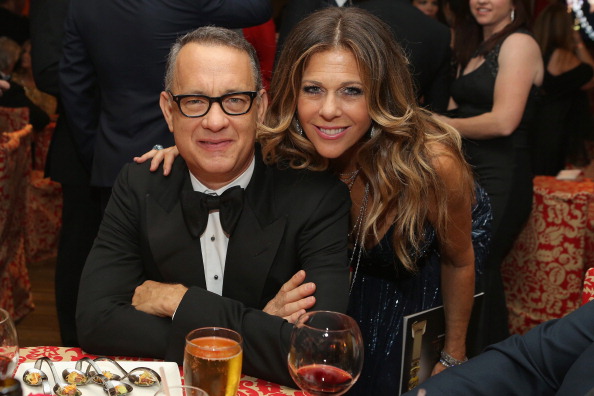 It's Been a Hell of a Night

I’m not gonna’ lie, I was mighty tempted to link to every site I could find that reported on convicted rapist Harvey Weinstein being sentenced to 23 years in prison. It just felt right, you know? Alas, I did not do that.

Hey, do you like the WWE? Do you like former NFL player Rob “Gronk” Gronkowski? Then today is your day! - (Dlisted)

Prince Harry got phone pranked, which is apparently still a thing that people do. - (Lainey)

“You didn’t get a second opinion on something called a brain cloud?”

Tom and Rita’s COVID-19 news came out around the same time Trump announced that there’s now a 30-day suspension of travel from Europe to the US. A few minutes later, the NBA suspended the entire season. Also, Sarah Palin was unmasked on The Masked Singer. It’s been a hell of a night. - (Variety)

A young girl with autism was invited to “show” her stuffed puppy at a dog show and OMG, something is wrong with my eye and now there’s this weird liquid coming out of it! - (TheDad.com)

How did I not know that Casey Wilson has a podcast? I’ll bet it’s ah-mah-zing! If I have to self-quarantine, I’m going to rewatch Happy Endings. I need a Casey/Penny fix. - (Celebitchy)

Our friend Courtney interviewed Karen Gillan and as Court said on Twitter, “If you think I didn’t end this interview saying “long live Selfie” you don’t know me.” We know you and love you, Courtney! - (SyFy Wire)

The NCAA March Madness tournament without spectators in attendance? WHAT? Shit is getting real serious now. - (The Root)

A blind chicken’s best friend is a pit bull. That’s not an old saying or anything; it’s the story of Peri and Gracie (and Taj) - (The Dodo)

Back when Disney+ was announced, there was talk of whether Song of the South would be added or not. There’s now a definitive answer: Not. - (Deadline)

A life long procrastinator and baker, Emmalita could have coined the term "procrastibaking," but the New York Times and Erin Gardner got it done first. Gardner’s Procrastibaking is full of reasons to avoid answering emails and justifications for procrastination. "I am never going to make my own gummi bears, but the Salty Sailor Blondies are the absolute bee’s knees." What’s your favorite way to procrastinate? (Cannonball Read 12)