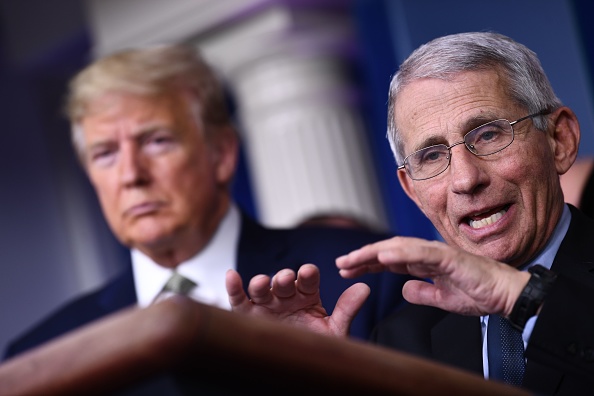 It is June 23rd, 2020. It has been three months and 12 days since Tom and Rita Day. There were an additional 31,000 cases of Coronavirus reported yesterday, a day that many in the White House repeatedly insisted that Donald Trump was joking when he said in his Tulsa rally speech that he intentionally slowed down testing so that fewer cases would be reported.

This is from this morning. He wasn’t joking.

Cases are going up in the U.S. because we are testing far more than any other country, and ever expanding. With smaller testing we would show fewer cases!

Infections have risen 42 percent in the last two weeks. Infections are skyrocketing in California and Texas, both of which showed more than 5,000 new cases. Florida reported 3,000 and Arizona reported another 2,200, as their case numbers continue to rise dangerously high. Mississippi, Georgia, and the Carolinas, meanwhile, aren’t too far behind. But, there were only 363 deaths yesterday, the day after only 267 deaths were reported. This is a far cry from the 1500-2000 daily deaths we were seeing a month to six weeks ago, and the number of daily deaths have declined precipitously in the last two weeks. A lot of it is because younger people are responsible for so many of the new infections.

I will note, too, that deaths don’t usually arrives until around 3 to 4 weeks after infections, and we’re not seeing spikes in deaths attributed to Memorial Day, when a bunch of younger people ran out to the beaches, like that massive crowd at the Lake of Ozarks. We can probably attribute some of those new infections to protestors, which are again younger, healthier people who are less likely to suffer severe cases.

Median age of new Covid cases in outbreak states continues to decline. In Florida, median age fell from 65 in March to 35 last week. Some of trend reflects testing moving away from hospitals (where older individuals are more likely to present) and into community. h/t @DKThomp pic.twitter.com/DTa2YudCN2

That said, hospitalizations are increasing in many places — up 16% in the last two weeks in California, for instance. There’s been a 37 percent increase in hospitalizations in Texas in the last week, and a 29 percent increase in Arizona. These increases in hospitalizations will almost certainly result in a spike in deaths in the weeks to come, and some states are getting close to ICU capacity. Trump continues to ignore the pandemic, but that will be a lot harder if hospitals are overwhelmed in states that Trump relies upon for reelection, like Texas and Arizona and Florida, where they are also seeing rises in hospitalizations and more of those patients are in their 40s and 50s now, as opposed to the beginning of the pandemic, when it was mostly patients in their 70s and 80s.

A high percent of those being hospitalized for Covid are younger adults. In March, 82% of those hospitalized in NYC were over 45. Today, 50% of hospitalized in Dallas are under 50. Is this just a function of a much higher rate of current infection among young, or something else? https://t.co/ChesWphKC5

However, the cases that are coming in don’t seem to be as severe as in the beginning of the outbreak (probably because they are younger people), and they know how to treat it better. Ventilators are a very last resort now, while the antiviral drug remdesivier and plasma therapies are producing much better outcomes and fewer deaths. Our politicians have not been able to reduce the infections, but our doctors have been able to reduce the number of deaths, and should be able to continue doing so with more treatments coming on board, like dexamethasone, ahead of a hopefully vaccine early next year.

It’s been less than four months, hospitals are losing billions of dollars, medical professionals are still being laid off, but those people are still out there — thankfully with better PPE (for now) — managing the messes left by our political leaders. Thank you all for continuing to do this every f**king day — often living in separate rooms your own family members — even as so much of the rest of the country has moved on.

Meanwhile, I leave you all with this: Anderson Cooper basically rolling his eyes at the Trump administration and Kayleigh McEnany for lying about Trump saying “kung flu,” which he so clearly said at his Tulsa rally, and which Kellyanne Conway so clearly noted was offensive a couple of months ago. Grab a cup of coffee and enjoy.

Have a good Tuesday. Vote, where you can (and vote for Charles Booker in Kentucky for Senate, and Jamaal Bowman in NY’s 16th District). Wear a mask!