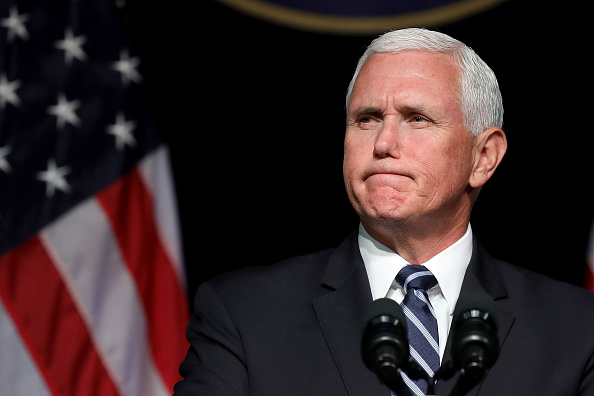 A Cheap Drug Is Being Hailed as a 'Major Breakthrough' in Covid-19 Treatment (Plus, Mike Pence Is a Lying Liar Who Lies)

Good morning. It is June 16th, three months and 5 days since Tom and Rita Day. For those not keeping up, the rate of Coronavirus infections in the United States has remained relatively steady over the last several weeks. We’re seeing about 20,000 infections a day in the U.S., and while those used to be concentrated in several hotspots, those infections are spread more broadly across the country, affecting not just big cities but rural areas, as well. We’re also seeing significant outbreaks and an alarming rise in cases in some states, like Florida, Arizona, Arkansas, and Texas (also, Los Angeles). Things ain’t exactly going well in Georgia, either.

Meanwhile, Vice President Pence has lied and told governors around the country to say that the increase in cases can be attributed to the increase in testing, an idea that Trump has also tried to promote. “I would just encourage you all, as we talk about these things, to make sure and continue to explain to your citizens the magnitude of increase in testing,” Mike Pence said in a call to governors. “And that in most of the cases where we are seeing some marginal rise in number, that’s more resolved by the extraordinary work you’re doing.”

That’s just not true. An increase in testing should lead to an increase in the number of reported infections in the short term, but in the longer term, the testing (and tracing) is designed to locate those outbreaks and isolate them, resulting in fewer cases. Here in Maine, when we significantly ramped up testing, we found a lot more outbreaks in the short term, but those numbers have since continued to decline, even as our state continues to open up. That’s what more testing should do. The NBA tentatively plans to continue their season in Disney next month, and those players will be tested I believe every single day. Those tests are designed to ensure that there are fewer cases, not more.

Given the steady rate of infections, I am also both skeptical of and still happy to see that the number of deaths continues to decline. One thousand deaths a day were typical until a week ago, and since last Monday, we have seen the number of deaths steadily decrease (yesterday, there were only 425 deaths, and 331 the day before). What does that mean? It probably means that several states (ahem, Georgia, ahem, Florida) are fudging the numbers (a friend of mine alerted me to an unusual rise in the number of deaths attributed to other factors, like Alzheimer’s disease).

Still, I certainly think we can attribute some of the declines in deaths to the medical profession, which has gotten better at treating Covid-19 patients. I’m sure that Remdesivir has helped. Apparently, there’s also another life-saving drug that has, until today, flown under the radar. Dexamethasone — a cheap steroid ($40 for a full treatment) — has quietly been tested on 6,000 people, and it has been found to reduce the rate of death in those with severe respiratory symptoms. It is being hailed as a “major breakthrough.”

In other words, Dexamethasone cut the risk of death by a third for patients on ventilators and by a fifth for those on oxygen. These numbers are backed by science, not a President crossing his fingers. This is huge.

It’s worth noting, too, that Regeneron has begun clinical trials on an anti-viral cocktail that has “the potential both to prevent and treat infection, and also to preempt viral ‘escape.’” The cocktail includes antibodies that were made in a lab, and if effective, it could roll out as early as the fall. Elsewhere, the University of Oxford vaccine is still in Phase III human trials, is expected to offer immunity for about a year, and could also be ready by October.

We’re getting there, but I wouldn’t expect to be there in time for the July 31st release date of Tenet. Someone might want to let Christopher Nolan know.


← Dolly Parton Statues Could Replace Every Confederate Monument, If This Petition Gets Its Way | Another Pride Month Victory: RuPaul And Company Stole 'Family Feud' From Steve Harvey →