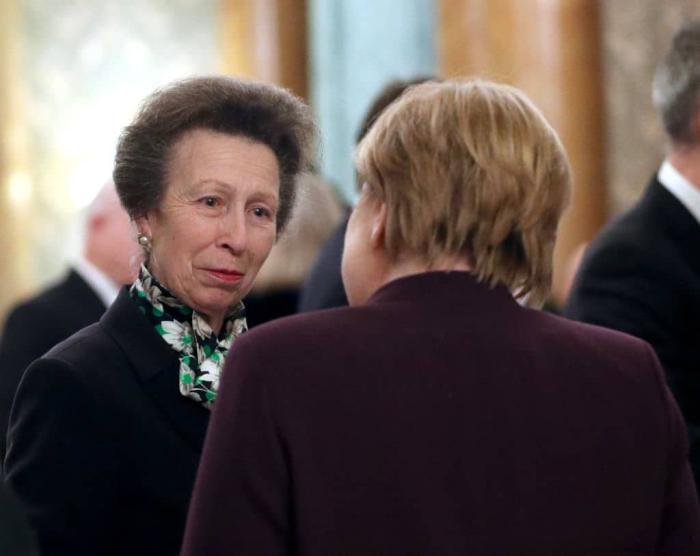 Was Princess Anne Scolded by The Queen For Refusing to Greet Donald and Melania Trump?

Various world leaders gathered in Buckingham Palace for a NATO reception, where various politicians hobnobbed with the British royal family. The Queen, Prince Charles and Duchess Camilla greeted the various leaders, including the Trumps, as is the tradition. One royal missing from the line-up was Princess Anne, and her mother seemed kind of miffed about that.

The Queen chastising Princess Anne for not greeting Trump and Anne not giving a single shit is the mood we all need to take into today pic.twitter.com/W5cCFlq2Ui

There’s something oddly relatable about watching a 93-year-old woman chastise her 69-year-old daughter for not politely greeting their new house guests. I usually cringe whenever people try to force political responses and ‘yaaas queen’ activism onto the Royals for perceived slights taken out of context for meme purposes, but honestly, that whole clip feels a lot harder to dismiss. The Queen is clearly pissed and Anne doesn’t care.

It gets even juicier when you see the clip of the Princess Royal chatting with Justin Trudeau, Emmanuel Macron, and Boris f**king Johnson, wherein they all gleefully slag off an unnamed politician who is totally Donald Trump.

.@JustinTrudeau, @EmmanuelMacron, @BorisJohnson and other VIPs shared a few words at a Buckingham Palace reception Tuesday. No one mentions @realDonaldTrump by name, but they seem to be discussing his lengthy impromptu press conferences from earlier in the day. (Video: Host Pool) pic.twitter.com/dVgj48rpOP

Side note but why is Johnson slouching like that? His posture is upsetting. I also imagine him to be the worst conversationalist imaginable. He’s certainly the guy who ruins every party just by being there.

So yeah, maybe we should lay off the political stanning of the monarchy, but it’s nice every now and then to be reminded that we’re not alone in our disgust for the tiny-handed child catcher and his plagiarist wife.

Still, death to the monarchy.