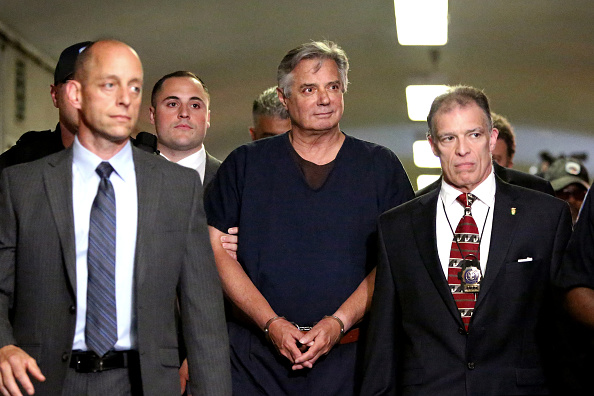 You've Got to Be Kidding Me?

Amid coronavirus concerns, Paul Manafort has been released from prison and will serve the rest of his four-and-a-half-year prison term under home confinement. He was picked up in prison this morning by two family members, including his wife.

The Context: Manafort is 71 years old, and his lawyers state that he suffers from “high blood pressure, liver disease, and respiratory ailments.” He spent December in the hospital for a heart condition, and again in February with flu and bronchitis.

Between the Bullsh*t — Manafort’s release proves once again that there are two Americas, even in the prison system: One for the wealthy and the white, and one for black, brown and poor people.

If you were ever under the delusion that the rich and the poor receive equal justice in this country, Paul Manafort being released to home confinement should permanently disabuse that notion.

If you're wondering why the hundreds of thousands of black and brown inmates are not released from prison to home confinement, like Paul Manafort, it is because they are not rich, white, or friends of Trump.

The Bottom Line: Paul Manafort will get to serve out the rest of his prison terms in better conditions than most of the rest of us during this pandemic. We are all essentially in home confinement, but Manafaort has a nicer home.

The Upside: At least Harvey Weinstein cannot use the pandemic excuse, having already been infected with the Coronavirus and survived. He will have to continue serving his term until the next pandemic comes along.