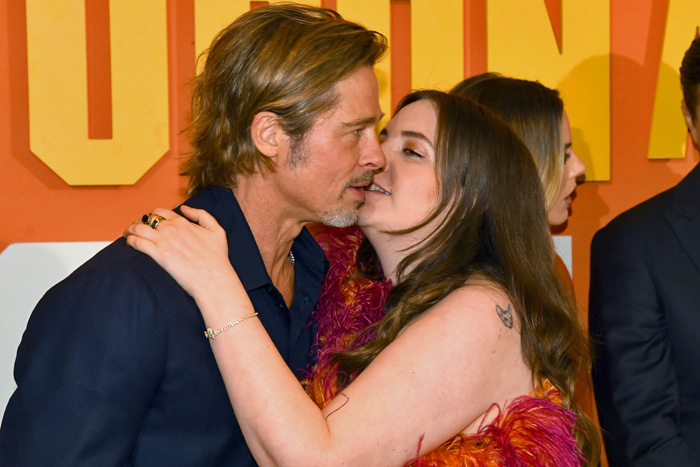 Kristen Wiig seems to be hinting that she’s pregnant and, oh man, are baby bump watches still a thing? Because I was great at those if you don’t count the hundreds of times I was offensively wrong. (Lainey Gossip)

Chrissy Teigen and Alison Roman are friends again. What a journey! (Dlisted)

According to Lena Dunham, that time she accosted Brad Pitt on the red carpet ended with the two of them eating pizza together in a hotel room because God is dead. (Celebitchy)

So who wants to cringe at old photos of Katie Holmes and Tom Cruise at the Batman Begins premiere? A hostage situation never looked so glamorous! (Go Fug Yourself)

It’s been a few minutes since our president did something jarringly racist, so let’s see what’s he’s cooked up now— sonofabitch (The Root)

Wow, one of the editors on Vanderpump Rules really hates Scheana. She’s not even trying to hide it. (The Cut)

Great thread on why people in the Bay Area think Elon Musk is a dong who should keep his goddamn factory closed. (Jeremy C. Owens)

I don’t normally fall for baby photos, but I’m guessing this lockdown is getting to me. That said, no one tell my wife that there are Rae Dunn bibs now, or we’re gonna have words.

Pizza in the making 🍕 pic.twitter.com/cyoCb4bzmp

From Roxana: “Kyle Buchanan wrote a sprawling history of Pajiba’s favorite movie of the 2010s, MAD MAX: FURY ROAD. I’m only like paragraphs in and this shit is already insane.” (New York Times)

Here’s what the new Fall and Winter movie release calendar looks like now. Subject to change at the drop of a hat. (Atom Insider)

While katie71483 was reading an m/m paranormal romance, she imagined it as a relationship between Jack from Will and Grace and Erik from True Blood. "If you’re looking for an amusing bonbon with a darker mystery underneath the surface, How to Vex a Vampire by Alice Winters may be a good choice for you." If you could ship two characters in fiction, who would they be? (Cannonball Read 12)

This is Arthur. He received a letter today from his 10-year-old neighbor, Troy. I’m told he is incredibly flattered and hopes to schedule a play date soon. 14/10 for both pic.twitter.com/UZuXtRFaZw

← Connie Britton And Rumer Willis Guest Star In '9-1-1' Season 3 Finale | Paul Manafort Released from Prison, Will Serve Out the Rest of His Term at Home →