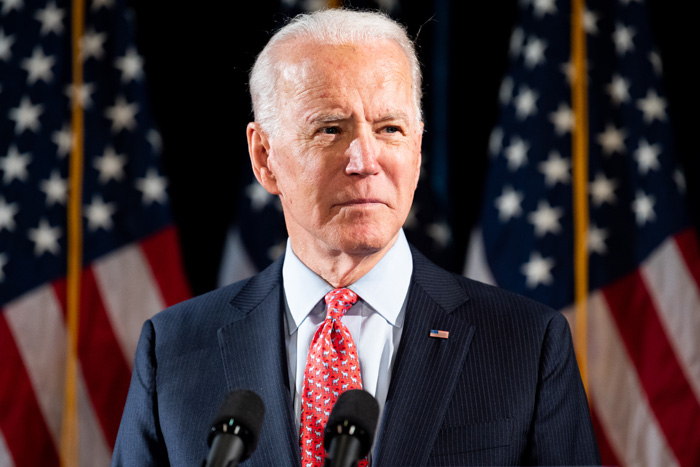 So I’m going to start this piece with a lot of caveats that will probably mean nothing because I’ll be frank with you: I am absolutely grinding a very petty axe, as I do.

That said, I want to be very generous to the vast majority of Bernie Sanders supporters. I truly believe that when November arrives you will be out in force voting for Joe Biden to end the goddamn nightmare of the past four years. (And to avoid the even deeper nightmare of reliving our current predicament all over again.) Will you do it with bells on or even cheerily? Of course not, and I sure as shit don’t expect you to. But at the end of the day, I firmly believe most of you will act like adults and make the responsible decision to lurch this country considerably forward.

If you’ve been on Twitter (and to a lesser extent Facebook) then you’re probably wondering why I’d think highly of Bernie supporters when it appears that a vocal portion of them will never vote for Biden, and the answer to that is very simple:

If there’s a very prominent and overwhelming theme to this primary season, it’s that Left Twitter is nothing. A piss in the wind. Never has a worldview so fully collapsed the second it was forced to contend with reality. Or in this case, non-lily white states where they actually vote instead of holding bullshit caucuses.

For Chrissakes, Bernie himself cut loose his top agitators, David Sirota and Briahna Joy Gray, and fully endorsed Joe Biden yesterday, which shows that he thankfully learned his lesson from 2016 — I could seriously kiss the man. — and entirely flies in the face of everything his extremely online supporters are still screaming. Clearly, Bernie doesn’t think Biden has dementia, is a rapist, or died from the rona three weeks ago. (Actual conspiracy theory.)

The unfortunate issue is that while most Bernie supporters will do the right thing in November, some of them are still hooked to the Left Twitter teat and looking to it for guidance even though everyone they listened to was, you know, f*cking wrong. Although, going by anecdotal evidence, it’s comforting to see the replies pummeling Extremely Online takes like this unfortunate turd on the floor. This should’ve been their catnip.

Time for a Hater's Guide to… OBAMA?! https://t.co/6eRBXTKEhR

My point is that while the inevitably of Biden’s nomination has set in as well as it’s going to — again, f*cking THANK YOU for that endorsement, Bernie — I’m still greeted with myopic remarks like, “Good luck going back to the way things were. That’s how we got Trump.” So like an idiot, I’m going to tackle that particular take, and I make no guarantees of doing this as more of these come down the line because, Meghan McCain obsession aside, I do value my mental health. Also, hopefully, this will be as cathartic for some of you as it is for me, but I should warn you, my batting record for satisfying partners is up for review.

Setting aside the fact that so much goddamn toothpaste is out of the tube that there is no way in hell things will ever be the same, let’s just make it abundantly clear how we “got” Trump. Like every single brain fart from Left Twitter, they’ve conveniently forgotten the existence of Republicans and how voting works. They just can’t seem to get a handle on those two.

Donald Trump was the direct result of racist Republican voters rejecting the policies of a black president whom they vehemently hated for his “socialist” Obamacare system, his Department of Justice looking into murderous police departments, and his all-around blackness causing other black people to think they can kneel before the opening of football games. That’s what got us Trump. 63 million f*ck-nosed idiots doing what they always do. Voting for outright racism, evangelical bigotry, and greed as they’ve done every election and will do this year despite the absence of Obama.

As for the Democratic side, over three million more Americans enthusiastically pulled the lever for Hillary Clinton because they liked the past eight years and were smart enough to see the threat posed by Trump. If Obama’s presidency was so disastrous that it paved the way for a KKK-endorsed Day-Glo authoritarian, that number would’ve been significantly lower, and Trump would’ve won by a landslide. Unfortunately, Clinton voters fell short in key states by razor-thin margins (the size of Jill Stein) and here we goddamn are.

That’s how we got Trump. Sheer bad luck aided by abject stupidity, and not because Obama didn’t magically transform the U.S. into Sweden or some shit. As for going back to “the way things were,” everyone who isn’t a disingenuous cock knows that’s not a literal description of a Biden administration. It obviously means a return to a competent government that isn’t run by a madman who calls the virus a brilliant genius during his state-sponsored propaganda hour. Shit, even Biden has said that he’s just a bridge to 2024 where young people should be running the show and moving the ball forward in getting progressive policies passed, which will not happen with Trump. It’ll be the exact opposite when he replaces RBG with God knows what asshole.

Then again, I’ve been told that mentioning the Supreme Court is being a “DNC scold.” Fortunately, I don’t listen to Twitter. I just addictively use it every second of every day, which will ultimately make it a political force to reckon with. I’m very smart.