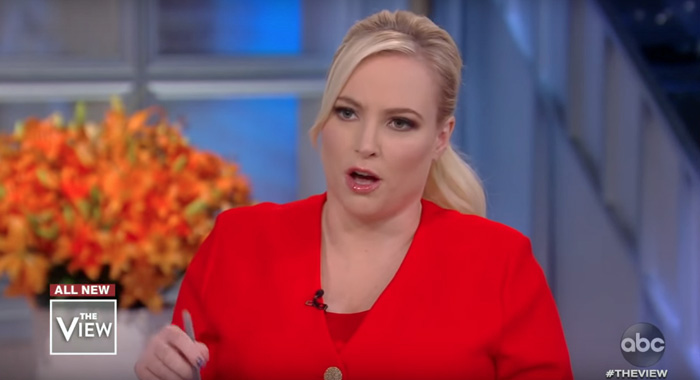 There’s no easy way to say this — I wrote the headline with my eyes closed — so I’m just going to come right out and say it: Meghan McCain is pregnant. To be honest, it’s a bit of shock. I don’t remember her saying anything about us trying, but you know, here we are, and we’re taking it day by day.

If you didn’t take the time to read Meghan’s announcement, first, what’s respecting your mental health like? Pretty rad, I bet. Second, you probably noticed that she said she’d still be hosting The View by remote, which would make her the second host after Whoopi Goldberg to pull such a move. I mean, Christ, the show already looked like this before Meghan left. 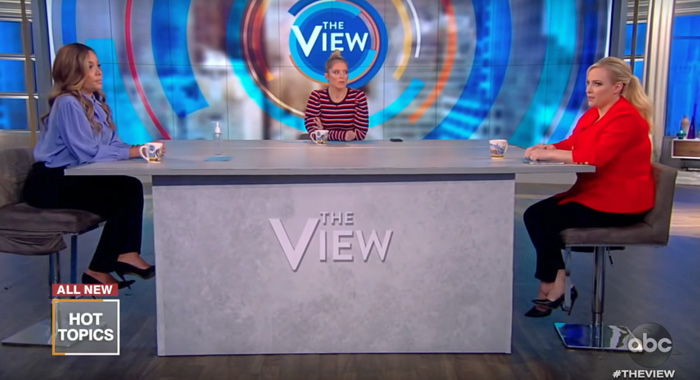 Now imagine that, but it’s just Sunny Hostin and the other lady, whose name I can never remember, trying to understand Meghan via satellite. She barely makes sense in person!

That said, I’m going to pause my stupid dick jokes for a minute, and share a more personal and empathetic note. I know the sting of trying for your first kid and not having that work out. It’s something that always stays with you. I also know both the excitement and abject terror of going into a second pregnancy where you dread that each appointment is going to be “the bad one.” And that fear doesn’t go away until the second you physically see your child and hear that baby cry. It’s an ordeal.

So as much as I despise Meghan and her husband’s politics, which are responsible for our current shit show, I genuinely wish them the best with this pregnancy. I’m also not going to shit on them for their timing because until about two weeks ago, nobody had any idea that it would be like this, and I’m going to assume they’re following the old rule of thumb about not announcing until the second trimester. And even if they’re not, that’s still dirty pool.

What I will do is note that Meghan’s heated attacks on the president for his absolute bumbling of this health crisis suddenly makes a whole lot of sense. It directly affects her, and as we’ve seen time and time before, that’s the only way to get Republicans to give a shit. It’s certainly working gangbusters on Meghan. On Friday, she basically dragged Elisabeth Hasselback for saying that you can pray away the pandemic. Did that include a whole lot of goddammit beforehand? Of course, this is Meghan McCain we’re talking about. She’s pregnant, not a Westworld host who secretly switched… consciousnesses?

After praising Fox’s Tucker Carlson for reportedly persuading President Donald Trump to take the outbreak more seriously, McCain said that as “the only conservative in the entire world left on mainstream media, at least that’s how it feels most of the time,” she finds herself getting “tribal” and assuming that everything is an “attack” against Republicans.

Fun Fact: Meghan’s in-laws are evangelicals, so if you were hoping for a spicy meatball in this post, just imagine being a fly on the wall during their next FaceTime.

In the meantime, I used to have a stupid running gag on The Superficial where I mocked both my completely butt-stupid knowledge of the female body and “Baby Bump Alerts” by routinely accusing Reese Witherspoon of being pregnant when she very clearly was not. It was very dumb, but just to reinforce that it wasn’t entirely a gag, I honestly thought Meghan has been looking thinner lately. Yup.