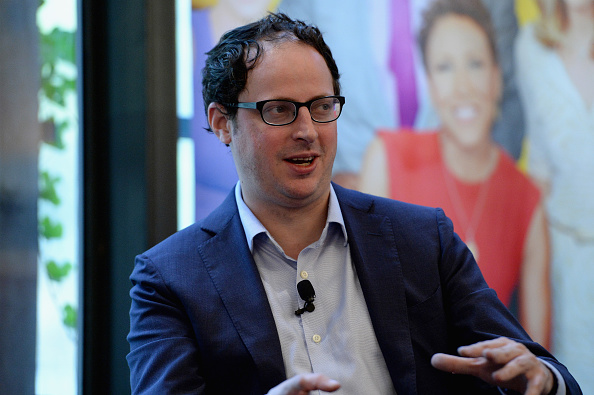 Look, I’m not trying to “cancel” Nate Silver, and I’m not going to stop reading FiveThirtyEight, because Silver provides a nice database of polling information. I don’t know what the guy’s real political persuasion is, and I don’t really care, because numbers are not political (although, they can obviously be used for political purposes). People, on the whole, tend to hate him the most when his numbers do not favor their candidate, which would be unfair except that he kind of eggs that on, because he can be a mansplain-y dick and a political buzzkill. I have been following him on Twitter for years, and sometimes he says insightful things, and sometimes he’s a total schmuck.

This tweet falls under the category of WHAT THE F*CK, DUDE?

Hey, @jack. As a journalist I think Trump's tweets are extremely newsworthy and I'm happy that you've given the President of the United States a platform to communicate in a direct and unfiltered way with the public. https://t.co/ezoSzX5nGk

This is in response, of course, to Kamala Harris’ (likely vain) attempts to persuade Twitter to FOLLOW ITS OWN CODE OF CONDUCT when it comes to President Trump, who has made repeated threats on a whistleblower and threatened Civil War, which I suppose is “newsworthy,” but it is newsworthy because it incites violence. Twitter does, indeed, give Trump a platform with which to communicate in a direct and unfiltered way with the public, and when he calls upon his supporters to revolt or mutiny or take up arms against his enemies, I guess that will be “extremely newsworthy,” as well, huh?

Look, I get it: Nate Silver believes that Trump is just an angry drunk in a bar raving about Black people and immigrants, and to Nate Silver, that drunk raving lunatic with access to an army and a nuclear arsenal poses no real threat to him. But what if an immigrant or Muslim or a Black person or Adam Schiff or a whistleblower walks into that bar, and what if Trump told the rest of the bar’s patrons to shoot that person, and what if the rest of the bar’s patrons’ jobs depended upon following the orders of a raving lunatic? Or what if the rest of the bar’s patrons are also drunk racist lunatics just waiting for their Drunk Raving Lunatic of a Leader to deliver the order, so that they can do what they already wanted to do based on the promise of the Drunk Raving Lunatic to pardon them and/or pay their legal bills?

That will also be “extremely newsworthy,” won’t it be, Nate?

It’s bad enough that the mainstream media disseminates his lies and misinformation and threats, often without calling the lies and misinformation what it is, and often without providing context. Twitter, on the other hand, provides zero pushback. No context. Jack Dorsey just lets Trump lie his fool ass off to millions of people every day, and then the media reports those lies to millions more people. Twitter does a lot of the work for Donald Trump, and Nate Silver just thinks that’s great.

Hey, @jack. As a journalist I think Trump's tweets are extremely newsworthy and I'm happy that you've given the President of the United States a platform to communicate in a direct and unfiltered way with the public. https://t.co/ezoSzX5nGk

Trump is alluding to using state-sanctioned force against legislators pursuing a constitutional process and Nate Silver’s response is to remark on how “happy” he is to see it. Bizarre. https://t.co/jFlWZo2sxY

Once again for the people in the back, the idiots, and @NateSilver538:

it would be newsworthy for him to call for his supporters to take to the streets. Is appropriate? Is there a journalistic imperative to allow him to incite violence? What if it was someone else? A Nazi? Does only the president get to promote unrest?

“Let the president do threats” is definitely a hill to fight on. Good luck with that.