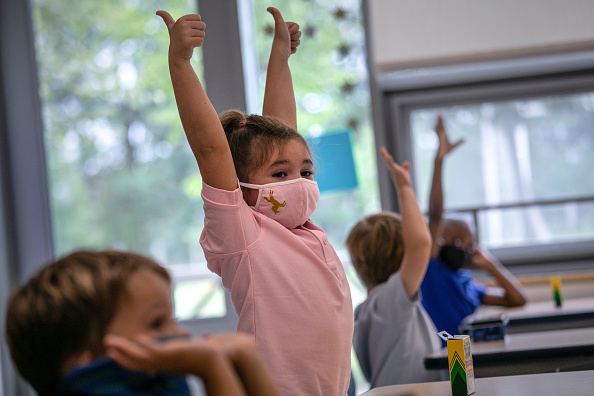 Morning Briefing: More Vaccine is Coming, But So Are the Variants

Good morning. I’m running late this morning (HVAC issues), so let’s focus real quick on what’s going on with the pandemic because there’s been some great news! And some not so great news.

The good news is, numbers continue to fall. Nationwide, the number of infections has fallen 33 percent in the last 14 days (representing one incubation period). They predicted ahead of the holidays that we would peak on January 9th, and that’s exactly what happened. For better or worse, scientists have been very good at predicting the arc of the pandemic in recent months. They predicted the surge. They predicted the peak. And they’re also predicting another surge in March when the British variant begins to spread.

The hope is to get ahead of the British variant with vaccines before it hits, although the roll-out is still bumbling. President Biden, however, is stepping it up. He promised to deliver 15 percent more vaccine doses starting next week (from 8.5 million to 10 million); he will provide the states with three-week lookaheads (instead of one week); and he hopes to have 1.5 million vaccinations per day within three weeks.

Biden also bought 200 million more doses from Pfizer and Moderna, which brings us up to 600 million. That should be enough to vaccinate all the adults in the country by the end of the summer. There are obviously a number of roadblocks that could get in the way — more variants, supply-chain, and production issues — but there is also the possibility that we get more vaccines from Johnson and Johnson, Novovax, and AstraZeneca. If that happens, we’re going to have more vaccine than we need. That is a good problem to have.

Biden also hopes to have schools reopened by the Spring, although it’s less clear how he’s going to accomplish this (vaccinated teachers should obviously be a priority). There were studies out yesterday that showed that there was relatively little spread within schools last fall, with some caveats (indoor sporting events are bad!). The studies show that schools can be successfully reopened with social distancing, masks, and small cohorts, which sounds like the hybrid model. Something like 42 percent of the country already uses the hybrid model (and it sucks, but it’s slightly better than fully remote).

I just can’t get over the fact that the last time I stood at a bus stop, my twins were in second grade. The next time I stand at the bus stop, they’ll be in at least the fourth grade. I will never take the idle 5 minutes of small talk with other bus-stop parents for granted again.

Oh, and also: I hope y’all are transitioning to double masks or really great high-quality masks if you’re going to spend a lot of time indoors with other folks. We now wear the medical masks underneath the fancier masks, which reminds me of wearing t-shirts over long-sleeve t-shirts, which my wife told me I had to stop doing about 15 years ago. This feels like a nice throwback.

New Covid strains could create "regionalized outbreaks that are hard to quell between now and the summertime," @ScottGottliebMD says. Be prepared by wearing a higher-quality mask or two masks on top of each other. https://t.co/5S2ZVzMirM pic.twitter.com/YA7rDR0USI

Finally, listen: Don’t put a bunch of college kids running a for-profit operation in charge of administering the vaccine, Philadelphia. What were you thinking?